The character James Bond is one of the world’s most famous fictional spies, whose epic, well over half a century-long history was initially inspired by Ian Fleming, the author who first created the character. Fleming’s novels sparked the development of countless television shows and movies dedicated to beloved spy, and he has since been portrayed by an impressive list of Hollywood actors including the legendary Sean Connery. However, according to Screen Rant,  director Cary Fukunaga of the upcoming James Bond movie, No Time To Die recently divulged some pretty harsh opinions about Sean Connery’s portrayal of the character.

Fukunaga shared his criticism about Sean Connery’s James Bond in an interview with The Hollywood Reporter. During the interview, Fukunaga discussed the challenges of bringing a character like James Bond back into the public vernacular whilst public movements like #MeToo and cancel culture are at the forefront of recognizing social issues. He pointed out that when Sean Connery was portraying James Bond the actions and stories that were acceptable on-screen and even seen as social norms of the time back then were quite different than what would be appropriate today.

James Bond, especially during the time that Sean Connery portrayed him, is famously flirtatious and suave. It was one of the defining characterizations of who James Bond was. Fukunaga mentioned a specific scene where he recalled Sean Connery’s Bond essentially forcing himself upon a woman as she was repeatedly rejecting his advances towards her and stating that she didn’t want to be intimate. Fukunaga said, “That wouldn’t fly today”, and revealed that he and his collaborators worked very carefully to make sure the script remained cognizant of the flaws and inappropriate attributes dating back to the time when Sean Connery played him.

Even though the mistakes of yesteryear inform the present, Sean Connery’s run as 007 will forever be an iconic and much-loved representation of the character. Sean Connery portrayed the spy in a total of six movies between the years 1962 and 1983. Additionally, even after he had left the role for good he actually did come back to reprise the spy once more in 2005 for a James Bond video game.

Sean Connery’s legacy as the amorous spy is certainly a historical pillar for the actor and one of the most notable roles of Sean Connery’s long career. However, he isn’t the only fan-favorite actor to pick up the Bond mantle. In fact, the current Bond, Daniel Craig (who has played the character since 2006’s Casino Royale) has found his way into the hearts and minds of many fans both new and old. Fans have been eagerly anticipating the release of No Time To Die (2021), which will serve as Craig’s final time portraying 007.

The film was initially supposed to be released in the spring of last year, however its intended release date would have been during the height of the pandemic related global shutdown. After over a year of anxious anticipation fans can now see Daniel Craig in No Time To Die alongside his co-stars Ana De Armas and Rami Malek beginning on October 8, 2021. 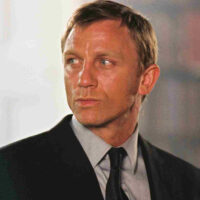 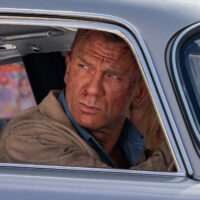