The late acting legend Sean Connery was more than the original James Bond from the movies. For many, with the actor the instantly recognizable voice and its Scottish accent — along with his effortless charm — was the definitive, incomparable, and irreplaceable Bond, despite his sincere efforts to distance himself from the Bond cinematic franchise. However, unbeknownst to many, Sean Connery played James Bond one last time in a role you might’ve missed, almost five years after retiring from acting.

Despite numerous rumors of him reprising his role, undoubtedly spread by the fandom, Connery never reappeared in a live-action film as Bond, following the franchise’s non-canonical entry, in 1983’s Never Say Never Again. Instead, Connery quit the role of Bond, having grown tired of the repetitive plot, the franchise’s lack of character development, and the public attention the part exposed him to, though there might’ve been some fear of typecasting involved, too. Regardless, according to CBR, Sean Connery surprisingly reprised his role as James Bond in 2005’s From Russia with Love video game – a release that might’ve eluded moviegoers of that time.

2005’s From Russia with Love was a video game adaptation of the same-name movie from 1963, and coincidently the final entry in EA’s course of James Bond games. It was developed by EA Redwood Shores, now known as Visceral Games, and published under Electronic Arts following the Pierce-Brosnan-era gaming title James Bond 007: Everything or Nothing. This news came as a shock to the gaming franchise’s fans at the time, given Connery’s continuous efforts to distance himself from the Bond franchise and the fact that Brosnan was the current Bond at the time, and it only made sense for Brosnan to voice the character. Getting Sean Connery to do it was nothing short of a miracle, especially considering that the actor not only agreed but also seemed excited about the project.

Those closer to the entertainment industry, specifically gaming and movies, were intrigued to see — or, to be more precise, hear — Connery reprise the role he was perhaps the most famous for. What made things even more intriguing was the fact that Sean Connery once infamously said that he had “always hated that damn James Bond” and that he’d kill the fictional Secret Intelligence Service agent if he ever met him in real life. However, following the game’s release, Connery confirmed that he was, once again, excited to play the character.

It’s worth noting that 2005’s James Bond 007: From Russia with Love was an absolute hit and one of the best Bond games since Goldeneye – an iconic Bond game that received a stunning fan-made remake. Despite its numerous action scenes and shooting sequences, the greatest highlight of From Russia with Love video game was actually hearing Sean Connery enthusiastically playing James Bond once again, drawing parallels with his performance in the same-name film from 1963. Unfortunately, the legendary Scottish actor passed away in his sleep, in October 2020, due to pneumonia and heart failure. However, his brilliant work in cinematography and ultimately gaming is a legacy that won’t soon be forgotten. 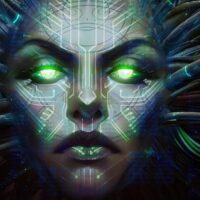