Netflix has had innumerable major hit productions coming out in recent days with shows like Tim Burton’s Wednesday and Ryan Murphy’s Monster: The Jeffrey Dahmer Story raking in rave reviews left and right. But with every major hit, comes a huge downfall, as Netflix has recently found to be the case with their scripted comedy, Blockbuster. According to Forbes, the series which was banking on the nostalgia factor is currently the worst-rated show on television.

The premise of Netflix’s Blockbuster seemed likable enough with a great lineup of talent telling the story of the world’s last chain of DVD, Video, and video game rental company based in Grandville, Michigan. A workplace comedy, the show features a cast including Randall Park as Timmy Yoon, the general manager of the last Blockbuster in existence, Melissa Fumero as Eliza Walker, an employee of the store, and also the romantic interest of Timmy, Olga Merediz as Connie Serrano, the store’s resident “mother” figure, Tyler Alvarez as Carlos Herrera a young employee who has goals of becoming a director, and Madeleine Arthur as Hannah Hadman, another young employee who is close friends with Carlos. The recurring cast included Curb Your Enthusiasm star J.B. Smoove, Once Upon a Time actress Keegan Connor Tracy, Leonard Robinson, and Kamaia Fairburn.

The series has been landing abysmal ratings with critics, with The San Francisco Chronicle calling it “disappointing by its singular lack of ambition,” and “ordinary.” On Rotten Tomatoes, audiences and critics have spoken, with the former giving it a 44% rating and the latter knocking it even lower with a 23%. With these scores, Netflix’s Blockbuster is the streamer’s latest flop, certain to be put back on the shelf without a Season 2 renewal.

While Netflix should’ve left Blockbuster in the annals of history just like the show’s namesake stores, the idea behind the program was a clever one that had probable chances of flying high. Nostalgia is a great bet these days with reboot projects including Sex and the City’s And Just Like That… and Karate Kid franchise reimagining Cobra Kai receiving rave reviews from fans and critics, making their renewals a no-brainer. Soon, we can expect to see hits like Clone High, Easy Rider, and Frasier receiving their next stories and a reimagining, with all three expected to be a hit with fans.

Although Netflix may have had a major flop with Blockbuster, the streaming service is still drawing in audiences with a slew of beloved content. The aforementioned Wednesday has shattered viewership rating records previously held by the sci-fi favorite Stranger Things. Meanwhile, Murphy’s Monster: The Jeffrey Dahmer Story was such a smash that the streamer immediately signed the American Horror Story co-creator on for two more installments in what will become a franchise centered on stories of similar people who made a gruesome impact on American history.

As for Netflix’s Blockbuster, the show is proof that they can’t all be hits. When you’re churning out original shows and films with viewers in mind, sometimes major mistakes happen. But don’t worry Netflix – brush yourselves off, pick yourselves up, and get back to making the programming we know and love you for. 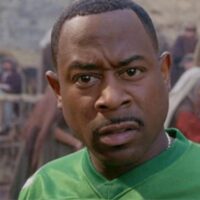 One Of Martin Lawrence’s Funniest Films Is Coming To Netflix 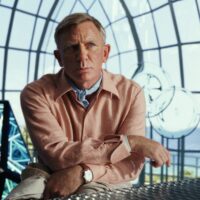 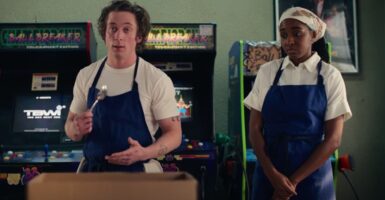