Streaming titan Netflix has been stepping up its game in recent months. They have consistently pushed out an array of high-quality content and have a plethora of other projects in the works, including a choose your own adventure movie that is being produced by Ridley Scott. Netflix has Scott Stuber, the company’s head of global film, to thank in part for their continued success, especially for their international titles. Now, because of their continued prosperity combined with executives taking into account the business models of other streaming platforms they are now attempting to infiltrate a new international market. On Monday, Netflix began offering a free subscription option to a certain group of potential users.

The free subscription is currently limited to those who live in Kenya and who also own an Android device. As of now, those are the only eligible consumers for this free deal. According to ComicBook.com, Netflix detailed that a large portion of the population in Kenya has never used Netflix, despite the country having about 20 million active internet users, and they are trying to entice more prospective subscribers to give it a try.

However, even if one does live in Kenya and happens to own an Android device, the free Netflix subscription itself comes with a lot of strings attached. Signing up is easy and no credit card is required. But, if one chooses to sign up for the free version they will not have access to the whole library. In fact, they will only be able to access about a fourth of all the content that Netflix offers to its paid subscribers. Also, Android Authority pointed out that any content that they do have access to can solely be streamed on their chosen Android device. A user will not be able to send content to their TV from their device, nor will they be able to download any of the content available to them.

Even though this free Netflix plan is characterized by a series of stipulations, Cathy Conk, Netflix Product Innovation Director, explained in a post on Netflix’s official blog that their reasoning behind the free offering is that it will provide a low barrier of entry for those unwilling to pay right from the get-go or for those not in a financial position to commit to a paid subscription. Additionally, Tech Crunch noted that this is not the first time that Netflix has tested low or no-cost subscription options internationally and even domestically. In 2018 they rolled out a $3 dollar mobile-only option in India and they have also been offering free trials for the service worldwide since the company’s initial inception.

The full range of titles that Netflix will offer to its free subscribers is unclear. However, if Netflix is strategic and allows those with the free subscription to access some of their most successful content it could do a lot in the way of convincing people to upgrade to a higher tier. For example, films like An Unfinished Life (2005) starring Jennifer Lopez, or Denzel Washington’s Man on Fire (2004) are both currently sitting near the top of their charts. Ultimately, whatever strategy they choose to enact, only time will serve as an accurate gauge of how successful their free pilot subscription becomes and whether or not it will be rolled out in any additional locales. 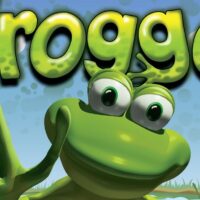 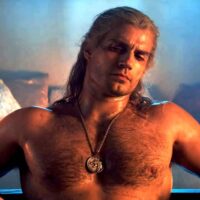