Early on, it wouldn’t have seemed like Milla Jovovich would end up being something of an action star. But with a massive video game adapted franchise under her belt, combined with some science fiction flick credits in there as well, it’s clear the supermodel can definitely hold her own in these types of movies. And she’s been in the comic book space as well, though it might be easier to forget because that flick definitely underperformed at the theater. But it’s making something of a comeback on streaming now with Hellboy ranking in the top ten on IMDb TV where it can be streamed for free. It’s worth catching up with this one for a chance to see Jovovich in a different kind of role.

This version of Hellboy was a reboot for the franchise in 2019 and starred David Harbour as the titular character. In this story, we get Hellboy as part of the Bureau for the Paranormal Research and Defense (BRPD) who is sent on a mission to Great Britain. It’s there that he connects with Mill Jovovich’s Vivienne Nimue who is more affectionally known as the Blood Queen. She has a pretty simple, though nefarious plan to use Hellboy as the key to the coming apocalypse. Check out David Harbor and Milla Jovovich in the trailer for Hellboy.

In Hellboy, we are treated to a somewhat familiar story around the lead character fighting all kinds of monsters in the “real” world. The addition of Hellboy as the lead investigator fighting off what is often like his own kind is what has made the series so entertaining from the outset. The human’s working to interact with a monster himself who also is sometimes confused by their own hesitancy is definitely something that’s given the franchise comedic value in the past. This time around, the relationship the character has with Milla Jovovich as Nimue does lend a certain fascinating element to the story, one that at least gives the character a certain amount of pause throughout.

In addition to David Harbour and Milla Jovovich, Hellboy does include a few other notables in the cast and crew. Ian McShane plays Broom Bruttenholm, Hellboy’s adoptive father and also the head of the BRPD. There’s also Daniel Dae Kimi as Ben, another member of Hellboy’s immediate team. Plus Sasha Lane is on board, cast here before she landed a role in Loki last year. Thomas Haden Church makes an appearance as well. The movie was directed by Neil Marshall (Doomsday) from a script by Andrew Cosby.

Unfortunately, for Milla Jovovich and company, Hellboy struggled when it was originally released in theaters. It was more than a decade after the second film in the Ron Perlman-led Hellboy franchise but it doesn’t appear fans had a huge appetite for an updated story. On its $50 million budget, Hellboy earned back only $55 million. From a studio perspective, this is a pretty big disaster, especially considering the break-even number on movies like this is typically much higher than the reported budget. And critics weren’t kind either with the film scoring just 18% on Rotten Tomatoes and 31 on Metacritic.

To her credit, Milla Jovovich did have an interesting response to the critical panning Hellboy received. She took to Instagram in the days following the movie’s opening and posted a lengthy bit about her thoughts around the movie’s early reception from fans and critics. She compared it to other movies of hers from the past that hadn’t received positive feedback out of the gate but became cult classics over time. She refers to Dazed and Confused, The Fifth Element, Zoolander, and of course, Resident Evil. Check out what she had to say at the time:

And one can see why Milla Jovovich would refer to Resident Evil in this fashion. She’s starred in seven movies in that franchise over the past couple of decades. And though those movies have never been critically acclaimed in any meaningful way, the bottom line has been nothing short of a massive success. Though the most recent film, Welcome to Raccoon City was something of a dud, in total, the Resident Evil franchise has totaled almost $1.3 billion on an aggregate budget of around $313 million.

Will Hellboy become the cult classic Milla Jovovich thinks over time? It helps that it is finding streaming success right now, gaining a new audience that could push the discussion in a different direction around the film. Maybe Jovovich will rank it with her other films when it’s all said and done. 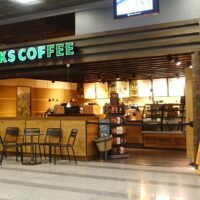 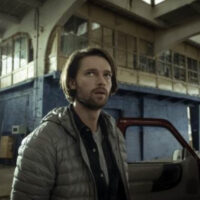