Ron Perlman Reveals Why He Wants To See Hellboy 3

There are few casting choices that have been absolutely perfect when it comes to comic adaptations. Roberty Downey Jr. as Tony Stark, Chris Hemsworth as Thor, and Ron Perlman as Hellboy. Perlman’s take on the surly anti-hero was a match made in, well, hell. Since the first two Hellboy films went off without a hitch, under the deeply imaginative mind of Guillermo Del Toro, fans have been clamoring for word for Hellboy 3.

Well, Ron Perlman finally gave the most hopeful answer in regards to a potential third chapter. According to the Hellboy actor, “I’m pretty sure that in 1947, nobody working on Nightmare Alley ever thought there’d be a 2021 version. So never say never, right? Somebody may pick it up at some point and finish the trilogy.”

Ron Perlman is making reference to the most recent Guillermo Del Toro adaptation of Nightmare Alley, which has just hit theaters. Del Toro is definitely one for the macabre, so picking up a twisted noir story that was first thought up in 1947 is definitely right up his alley, pun intended. But the hope is that Guillermo Del Toro will visit and complete the Hellboy trilogy. That or his script will be used for the final chapter. Perlman continued “I hope they finish the trilogy. And I hope Guillermo’s script is the one that they make to finish the trilogy. Whether he directs it or not. Whether I’m Hellboy doesn’t matter. It’s just that circle needs to be completed.”

The fact that Ron Perlman wants Hellboy 3 to happen with or without him is pretty honorable. Obviously, having both Guillermo Del Toro and Perlman involved in the final chapter in the Hellboy trilogy would be the best-case scenario, but seeing someone else take the reins with the Del Toro script would also be amazing. Hellboy II: The Golden Army came out in 2008, and Perlman might be too old to handle the role again, but then again he might not care. He is a tough individual. If there was a dude to pull it out, he’d be the one.

Unfortunately, the Hellboy reboot with David Harbour starring that was released in 2019 was very ill-received. However, David Harbour did completely look the part. Whether or not studios would want to make him Hellboy again, but with a Del Toro script, might not be the best course of action. Ron Perlman returning as an older Hellboy would also be a route to take and would be quite hilarious. That’s to say that Hellboy might not age as fast as humans but to see a sort of “retired” Hellboy having to save the world again would be great.

Ron Perlman and Guillermo Del Toro was the perfect pairing and before either of them becomes less interested in a Hellboy 3, hopefully, there are some talks that come to fruition with finishing a final third film. The fans deserve it, and it sounds as if Perlman knows this all too well. One final time suiting up as the red monkey is something the world needs. Even a cameo in another comic book universe would be welcomed too. Time will tell what happens with this possible addition to the original Hellboy franchise. I think we can agree that most fans would love to see it happen in some form with Perlman back in the red skin and horns. 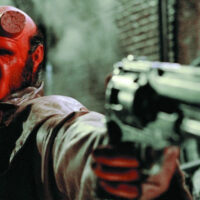 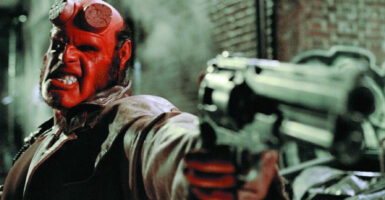 Ron Perlman Reveals Why He Wants To See Hellboy 3 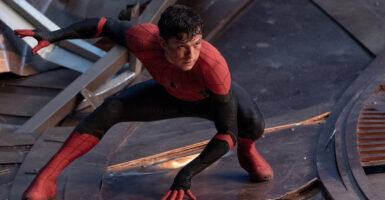 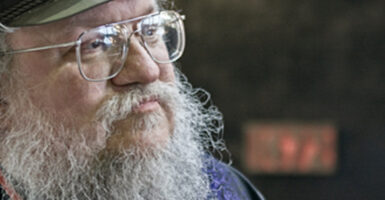