While every project so far in the Marvel Cinematic Universe has been rated PG-13, the recent announcement that Deadpool 3 would be coming to the series with an R-rating made it seem like we could be seeing a turn for Marvel. But a recent statement from Kevin Feige makes it seem like Deadpool 3 will be an anomaly in the Marvel Cinematic Universe, and that films like Blade likely won’t also receive an R-rating.

Aaron Couch, the editor of The Hollywood Reporter’s Heat Vision blog, said on Twitter that Feige has stated there are no plans to make R-rated films in the Marvel Cinematic Universe. Feige said that if there was a story where having an R-rating would make sense, the company would discuss it. Considering that Blade is currently being written by Stacy Osei-Kuffour, a story editor and writer on HBO’s Watchmen limited series, it seems like the PG-13 rating would likely be taken into account during the writing process.

While the three previous films in the Blade franchise starring Wesley Snipes were rated-R, this choice to have Blade receive a PG-13 might be more promising in the long run. For example, it has been said that while Deadpool will likely interact with other characters in the Marvel Cinematic Universe, the standalone Deadpool films won’t be essential to the overall story of this world. Meaning, Deadpool 3 will exist, but it won’t have much of a narrative influence.

And while, yes, Blade is a vampire killer, which means lots of blood and gore, that doesn’t mean a great vampire movie can’t be made with a PG-13. While films like 2011’s Fright Night, What We Do in the Shadows, and Only Lovers Left Alive were rated-R, they showed that great vampire movies could be done without a ridiculous amount of gore, not to mention classics like 1922’s Nosferatu or 1931’s Dracula. This new take on Blade can still be action-packed and exciting, just maybe without a sprinkler system full of blood.

While films like Deadpool, Logan, and Joker have proven that R-rated films based on comic books can be huge successes, Marvel’s attempt to tell larger stories over multiple films that are made for everyone has canceled out the possibility of rated-R films. But with Deadpool in the works, and Blade likely not coming until the Marvel Cinematic Universe’s Phase Five, there’s still a lot of time for Feige to either change his mind, or make sure a PG-13 Blade is just as good without the graphic violence. 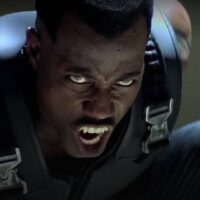 Wesley Snipes Joining The Cast of Blade, But Not As Blade 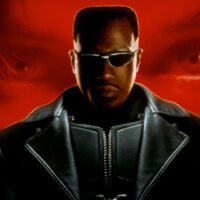