Since making its Disney+ debut at the end of March, Moon Knight has captured the imagination of comic book fans everywhere. As viewers prepare to see Marc Spector’s story draw to a close in episode six, speculation about a second season has been a hot topic on social media. Now, Marvel added some major fuel to the fire by making a small but significant change to a tweet about the popular superhero show.

In a post promoting Moon Knight’s latest episode, Marvel shared a mini trailer and said the “series finale” would begin streaming this week. But the update was removed from the social media platform very quickly. About 15 minutes later, the studio reposted the trailer with one minor alteration. This time the caption referred to the upcoming episode as the “season finale.” The studio’s social media team probably hoped that no one spotted the swap, but quite a few eagle-eyed fans did.

Marvel fan and Twitter user, Kellie McDixon was one of the first fans to notice the faux pas. She even shared screenshots of both posts. As such, rumors of a second season for Moon Knight almost broke the internet. But the wording change didn’t have everyone convinced that Oscar Issac’s unlikely hero would be returning for a second season. WandaVision’s ending was also billed as the “season finale.” And the studio has since confirmed that the show will not be returning for another season.

Moreover, a feature about Moon Knight in Variety noted that Oscar Isaac is not contractually obligated to remain in the Marvel Cinematic Universe after the series’ six-episode run comes to an end. However, the actor seemed open to the idea of continuing his work as Marc Spector/Steven Grant. Speaking to the publication at the time, the Star Wars alum said the show’s future would depend on how people responded to it. If audiences wanted to see more and if there was a story that was worth telling, he would return to the role.

It’s worth noting that Marvel hasn’t confirmed a second season for Moon Knight yet. But that doesn’t necessarily mean that’s the last time fans get to see the character. In a 2019 interview with The Hollywood Reporter, Kevin Feige said that after introducing Moon Knight in the series, the character would cross over to Marvel’s big-screen projects.

And in March, director Mohammed Diab reiterated that sentiment, saying said he felt the character would be part of the Marvel Cinematic Universe for the next 10 years. He was also hopeful about the character getting to lead his own feature film, Comic Book Resources reported. Diab also said if there was going to be a second season, it would be filmed in Egypt.

Meanwhile, Moon Knight fans can delve into cool, behind-the-scenes stuff about the show in the upcoming documentary series Marvel Studios: Assembled. The specials give viewers an inside look into how the MCU movies and television series are made. It also features interviews with cast members and other creatives. The special featuring The Making of Moon Knight will be released on Disney+ on May 11th. 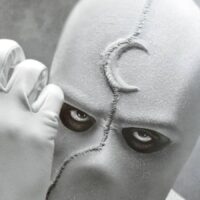