A Marvel star was recently interviewed about potentially returning to their previous role, but she isn’t sure that she wants to make that leap again. Iron Fist star, Jessica Henwick, who portrayed Colleen Wing, isn’t sold on returning to play her Marvel character again, even if she’s given that opportunity. That role is one of note, as it was teased that she might become the new Iron Fist. The negative publicity surrounding that show might be one of the biggest reasons behind Henwick being non-committal about the prospect of returning. It was recently reviewed in a study to be Marvel’s “worst show.”

“I’m so torn… on the one hand yes, because I loved her and I put so much work into her,” Jessica Henwick attempted to explain. “And she is one of those characters I tried to protect so hard. I felt really passionate about her story.” Colleen Wing had just received her powers at the tail end of the Iron Fist series, so it would stand to reason that Marvel has many more plans in mind for the character, especially if most MCU shows’ protagonists are starting to break through in more expanded roles.

Jessica Henwick furthered her worry about bringing Wing back, saying, “She’s paired up with Misty, she’s got that going on, she’s got her powers, she seems to be good at it… she’s living her best life. And I know if we bring her back, we have to bring her into conflict. I just want her to have her happy ending.” That is certainly a fair point in allowing a character to break away from their “happily ever after” ending. However, there are plenty of actors wanting to break their way into Marvel in some way, shape, or form.

Iron Fist isn’t terrible by any means, but it doesn’t have the best following, at least in regard to the other shows that may or may not be canon in the Marvel Cinematic Universe. It has recently been revealed that Charlie Cox is certainly going to be Daredevil in the MCU, which elated fans across the comic-loving world. He played the hero on Netflix for multiple seasons. Joining him is Vincent D’Onofrio, who has reprised his role as Kingpin in the Hawkeye series. By all means, it would appear that Marvel is attempting to keep fan-favorite characters alive. Colleen Wing became the big fan choice over Finn Jones, who has also portrayed Iron Fist.

It looks as though Marvel is attempting to once again bridge the gap between their television series and films, such as they did with Agents of S.H.I.E.L.D. Iron Fist continuity aside, Colleen Wing could reappear in a future Daredevil film or series, whichever comes first for the Marvel Cinematic Universe. Wong was also a pop-in for Shang Chi and the Legend of the Ten Rings, so maybe Colleen Wing as Iron Fist could be thrown into the mix, and putting all the martial artists together on one team would be fantastic. Although Wong is more of a sorcerer, it would still be welcomed. Bringing more of Netflix’s characters into the official cinematic universe is something audiences have waited several years for, so the more, the better.

The multiverse is going to be the main focal point for the majority of Marvel’s plans for the foreseeable future, so maybe several iterations of Iron Fist can come together and better establish the character’s canon. 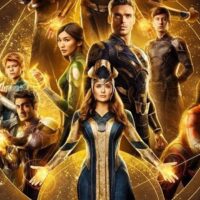 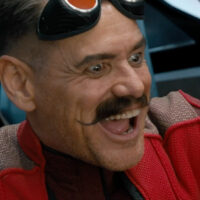 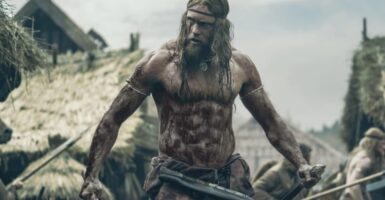