Nothing unites a fandom together like hating on the thing they ostensibly enjoy, and Marvel is no exception. Marvel Studios unexpectedly dropped the trailer for the upcoming Disney+ series She-Hulk: Attorney at Law, and predictably, fans flew into a frenzy analyzing every second of the clip. We got to see lead Tatiana Maslany as Jennifer Walters, a successful attorney about to become the newest green-skinned, rage-powered superhero around. We got to see a returning Mark Ruffalo, apparently back in his Smart Hulk form (after appearing as plain ol’ Banner in the post-credits of Shang-Chi and the Legend of the Ten Rings). We even got a brief glimpse of a returning Tim Roth as Emil Blonsky, who hasn’t appeared since 2008’s The Incredible Hulk. However, fans quickly narrowed in on one little matter about the She-Hulk trailer and are being pretty vocal about it: She-Hulk looks bad.

More specifically, fans are claiming the visual effects of Jennifer Walter’s She-Hulk are extremely subpar by Marvel Cinematic Universe standards. Honestly, with the number of screenshots and gifs that are already floating around there, it is difficult to really argue with that point. See for yourself:

Before She-Hulk fans (or just MCU fans in general) work themselves into too much of a furious lather about this, we should pause to remember that this is just a trailer for She-Hulk: Attorney at Law, and the studio will undoubtedly be tinkering with the visuals all the way up to the last moment before release. And to fans’ credit, Marvel Studios is being blamed more than the actual VFX design team.

That said, She-Hulk: Attorney at Law is not being released until August 17, and given that this was a surprise release, it is not like there were external forces that were forcing them to release an unpolished product. Perhaps the accidental leak of the show’s release date recently prompted Marvel Studios to get something, anything out there, but who can say. The more conspiracy-minded among us might almost think the She-Hulk trailer was released with slightly unfinished VFX so that when the actual show premieres on Disney+ everyone will be impressed by how much better it looks, but that’s ridiculous. No one would think that.

The online hubbub about She-Hulk brings to mind the long-ago days when the first trailer for Sonic the Hedgehog was released and the Internet collectively lost its mind by what the visual effects team had done to their beloved blue rodent. To be fair, his little teeth were pretty creepy. But by the time the Ben Schwartz-Jim Carrey movie was released, Sonic was presentable enough to audiences to clean up at the box office and get a successful sequel released. Hopefully, CGI history will repeat itself with She-Hulk.

Aside from all the VFX issues, She-Hulk: Attorney at Law looks pretty fantastic. Tatiana Maslany has more than proved her ability to portray multiple versions of herself on screen before, and she already seems to have some good chemistry with Mark Ruffalo. The show also seems to have a pretty light, humorous tone, which can sometimes be a relief to get in your entertainment. Hopefully, they just work on that CGI. 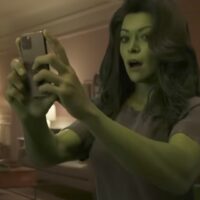 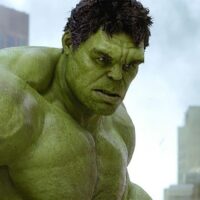