The Marvel Cinematic Universe had a heck of a 2021. Spider-Man: No Way Home has become, by a good margin, the highest-grossing Spider-Man film and the single highest Sony Picture ever. It represents a staggering 12% of all box office grosses for all studios for the entire year. That number alone is shocking, considering the number of movies that still made it to theaters during these years of the pandemic. But when you consider that No Way Home pushed Marvel Studio’s domestic market share to 30%, it’s even more so. For comparison, when mega-blockbusters Avengers: Infinity War and Black Panther were both released just a few years ago, that number was only about 18%.

Now, that’s still an enormous percentage of the box office growth for a single studio. The rapid dominance of the MCU has been pretty amazing in just 14 years. Considering Marvel Studios President Kevin Feige essentially had to get started by working with the scraps of characters that hadn’t been bought by Fox and Sony, it’s especially astounding. In 2008, when the first Iron Man movie was released, expectations were so low that it could only be financed by basically using the rights for the Avengers characters as collateral. Star Robert Downey Jr had never really starred in a blockbuster film and was considered an enormous risk in casting. Part of this had to do with his well-publicized struggles with addiction, but much of it simply had to do with the lack of name recognition for many of the characters the MCU could use at the time.

When you factor in the dominance of Christopher Nolan’s Dark Knight trilogy of films (under Warner Bros) in 2008, no one could have predicted the heights the Marvel Cinematic Universe would climb to. Fourteen years later, Robert Downey Jr. is one of the highest paid actors in the world, as is his Avengers co-star Chris Hemsworth. Marvel Studios films are now scheduled out for years, as are accompanying streaming TV series. Warner Bros attempted to play catch up with the cinematic universe concept, only to flounder with star issues and inconsistent approaches. Within the last few years, it got to the point where legendary filmmakers like Martin Scorsese were being forced to publicly comment on the overwhelming effect on studio films. All in all, it’s pretty wild.

This could be considered a good thing or a bad thing. Obviously, a single studio occupying so much economic and storytelling power can lead to imitation (see: Warner Bros, above). Marvel Studios certainly has been criticized for the “same-ness” of the visual aesthetic and narratives of their movies. While that should really be taken as a feature of the MCU rather than a bug (you don’t really get consistency in a shared universe without making them…consistent), the increasing tendency of the MCU to highlight more obscure, odd characters like The Eternals and the upcoming Oscar Isaac-led Moon Knight show they’re not planning on completely playing it safe. At the very least, it’s obvious that the box office dominance of the MCU isn’t going away anytime soon. 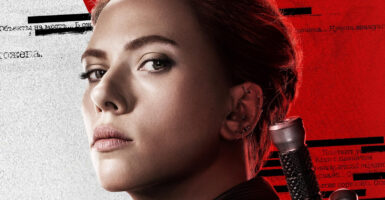 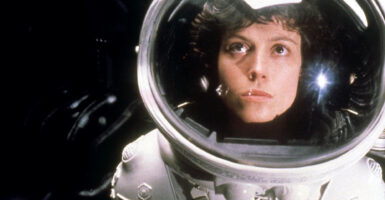