Warner Bros has finally revealed the release for Barbie’s much-anticipated live-action adventure. The announcement was made during the studio’s CinemaCon presentation in Las Vegas earlier this week. Along with the date, the movie house also unveiled a first-look image featuring the film’s star, Margot Robbie as the iconic Mattel doll.

In the very on-brand Barbie image, Margot Robbie is seen in a neon pink convertible which is parked in front of a bubblegum pink brick wall, with bright orange flowers on either side. The 31-year-old Australian actress is all smiles, wearing a blue and white striped sundress with a matching beaded bracelet and headband. See the first image of Margot Robbie as Barbie below:

Development for Barbie first began at Sony Pictures in 2014. However, the project never really got off the ground, with multiple writer and director changes and the casting of two different actresses for the lead role. Eventually, Sony’s time with the character expired, and the publishing rights were transferred to Warner Bros Pictures. Interestingly, casting was still a struggle before Margot Robbie sealed the deal.

In December 2016, Barbie was set to be played by Amy Schumer. But she left due to creative differences in 2017. Speaking about the gig last month, the actress told The Hollywood Reporter that the studio didn’t want to do the movie way she wanted. And her way was the only way she was interested in doing it. After her exit, Anne Hathaway was reportedly attached to the iconic role before Margot Robbie happily took over.

Billed as a romantic comedy, Barbie is directed by Greta Gerwig from a screenplay she co-wrote with Noah Baumbach. The project is the first live-action movie based on the fashion doll following several animated features and series. Margot Robbie stars as the titular character alongside Ryan Gosling as Ken. America Ferrera, Simu Liu, Kate McKinnon, Ariana Greenblatt, Alexandra Shipp, Emma Mackey, Issa Rae, Michael Cera, and Hari Nef appear in supporting roles. Will Ferrell also makes an appearance as the CEO of a toy company.

Taking on the role of a doll that a lot of people feel is outdated in 2022 comes with a lot of added pressure. The actress addressed the stigma in an interview with British Vogue last year. “People generally hear Barbie and think, ‘I know what that movie is going to be.’” But Margot Robbie added that when folks hear about the director, they have an instant change of heart. “Then they hear that Greta Gerwig is writing and directing it, and they’re like, ‘Oh, well, maybe I don’t.’”

The actress is very aware that the role comes with a lot of baggage since the doll has historical controversy and a lot of nostalgic connections. But she said it just means there are a lot of exciting ways to attack it. Speaking to The Hollywood Reporter in 2020, Margot Robbie said the film’s goal was also to subvert expectations. She told the publication she likes projects that feel a little left of center. And that’s exactly what Barbie is. “Our goal is to be like, ‘Whatever you’re thinking, we’re going to give you something different. The thing you didn’t know you wanted,’” she said.

As well starring in Barbie, Margot Robbie also serves as a producer under LuckyChap Entertainment alongside Mattel Films and Heyday Films. Principal photography for the movie began in March this year at Warner Bros. Studios in England. Barbie is currently set for theatrical release on July 21, 2023. 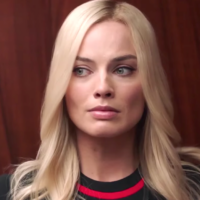 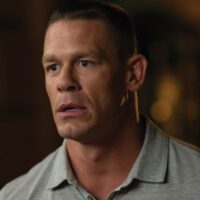