Liam Neeson has been cranking out action films in recent years, and even during the pandemic, Neeson has put out The Honest Thief and The Marksman, which is currently the second highest-grossing 2021 film. But despite Neeson’s action films doing consistently well at the box-office, his latest film, The Ice Road, will be going directly to Netflix.

Netflix has previously announced they plan on releasing a new film every week of 2021, and it looks like The Ice Road is just one of many major projects Netflix has coming throughout this year. Netflix won the U.S. rights to release the Liam Neeson-starring film, and paid $18 million for the project, based on a promo. According to Deadline, who first reported the sale, there were multiple buyers trying to pick up The Ice Road.

The Ice Road was sold at the online European Film Market, and while Netflix has the United States rights, The Ice Road will be distributed through other companies throughout the world. Liam Neeson stars in The Ice Road as Mike, an ice driver who leads a rescue mission to save a group of trapped miners when a Canadian diamond mine collapses. Also starring in the film are Laurence Fishburne, Ford v. Ferrari’s Ray McKinnon, Abraham Lincoln: Vampire Hunter’s Benjamin Walker, and Hell or High Water’s Amber Midthunder.

The Ice Road comes from Jonathan Hensleigh, who made his directorial debut with 2004’s The Punisher. Since then, Hensleigh has also directed 2007’s Welcome to the Jungle, and 2011’s Kill the Irishman. As a writer, Hensleigh wrote 1995’s Die Hard with a Vengeance and Jumanji, as well as 1998’s Armageddon, and 2000’s Gone in 60 Seconds. Most recently, Hensleigh did uncredited writing work for Will Smith’s 2019 film, Gemini Man. This will be Hensleigh’s first film with Liam Neeson.

As for Liam Neeson, he’s already filming his next action film with Blacklight. In this latest action film, Neeson will play Travis Block an FBI “repairman,” who helps get undercover agents out of difficult situations. The film also stars Guy Pearce, and is filming in Australia, although it looks as though filming might have already concluded.

Liam Neeson has been stating for years that he plans on retiring from action movies, yet his continual stream of new movies seems to tell a different story. Earlier this year, Neeson said in an interview that since he’s turning 69 this year, he maybe has a few more films in him, but that will probably be it. Neeson said that while he loves “beating up guys half my age,” he also often feels “breathless” after filming a scene.

Which is maybe why Liam Neeson is trying to cram so many action films into the last few years. If Neeson does retire from action films, The Ice Road could be one of the last films where we see Neeson beating up characters that are half his age, but it doesn’t sound as though that would mean he would also retire from acting altogether. We will have to enjoy what we can get from ass-kicking Neeson while it lasts.

Halle Berry Is Making A Sci-Fi Movie For Netflix 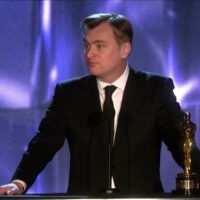