Jim Jones was the cult leader responsible for Jonestown, the mass suicide event that happened on November 18, 1978. The events of his life leading up to this were bizarre, difficult to understand, and have made him a fascinating and dark figure in history. Now, MGM is gearing up to make a biopic, currently called Jim Jones. If they secure the deal, they are going to need the best actor possible to tell this complicated story. Deadline has learned that MGM is currently in final talks with Leonardo DiCaprio for the role of Jim Jones.

Scott Rosenberg wrote the script for the Jim Jones biopic. He is the writer behind the first Venom movie and both of the Dwayne Johnson Jumanji films. The biopic will be a different type of project for the writer. MGM jumped on the script, and Deadline’s sources have reported that it went in a seven-figure deal. With the excitement over the script, getting a high-profile actor like Leonardo DiCaprio involved, and the scope of the story, it sounds like Jim Jones will be a movie in the running when Oscar season comes around.

While many have heard of the Jonestown mass suicide event where more than 900 people died, the events leading up to the tragedy aren’t well known. This is something that the Leonardo DiCaprio movie will seek to portray. Jim Jones got started with the Peoples Temple when he founded it in 1955. At the time, he was promoting Christian Socialism. Over the next 15 years, he and his church changed, eventually rejecting Christianity and naming himself as God.

By 1974, Jim Jones moved his church to Guyana and invited his followers to live with him in a society he claimed would be utopian and free of what he saw as oppression from the United States government. This is where the upcoming Leonardo DiCaprio movie may get quite a bit darker. When the United States government went to talk to him in 1978, to investigate reported human rights abuse rumors, Jim Jones had the delegation shot. It was then that he had a drink laced with cyanide given to 918 people. Of the group, 304 of them were children. Before the September 11th terrorist attack, Jonestown was the greatest loss of American life in a non-natural event. Telling the story in a movie is going to be a difficult undertaking to do well. The role will be a serious undertaking, but Leonardo DiCaprio is no stranger to that at this point in his career.

Previously, the actor has played characters known well to audiences through book adaptations, like The Great Gatsby, or by playing real-life public figures, such as J. Edgar Hoover, Howard Hughes, and Jordan Belfort. Jim Jones may be the darkest and most difficult character he’ll be playing yet. It will be interesting to see how Leonardo DiCaprio handles telling such a dark story surrounding real-life tragic events.

Currently, audiences are waiting to see Leonardo DiCaprio in Don’t Look Up. The apocalyptic dark comedy sees him co-starring with Jennifer Lawrence as two scientists who believe Earth is going to be hit by a comet and go on a media tour to make that known. The Adam McKay film is set to premiere on Netflix on December 10, 2021. 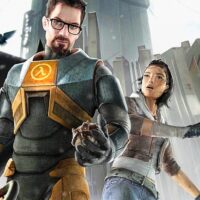