JJ Abrams brought the Kelvin timeline into Star Trek fans’ lives and is set to have a major part in upcoming franchise films as well. With more projects on the way, Abrams is as active as anyone when it comes to the feature film aspect of this world. But according to We Got This Covered, there could be some trouble in space paradise with the latest rumor being that Paramount wants Abrams a little less involved in any future projects. Could we be starting to see some issues developing around plans for how Star Trek movies forward in the big-budget movie landscape?

This is very much a rumor at this point, with little context given for how or why Paramount would want JJ Abrams a little less involved. It could be that there is too much influence coming from previous iterations of Abrams’ Star Trek which splintered the franchise off into alternate timelines. Or they could just want some of their newer voices to have a more substantial role in the creation of future projects. A lot is happening here in this franchise with some big talents on board penning and directing upcoming movies. There could be little reason for Abrams to be overly active in the process.

Of course, JJ Abrams is on as executive producer for two upcoming Star Trek movies which is where his influence lies right now. WandaVision director Matt Shakman is set to helm one of them with Lindsey Beer handling the script. The latter has all manner of projects in the works including Teenage Mutant Ninja Turtles, Patrick Rothfuss’s The Kingkiller Chronicles adaptation, Silver Sable among others. She is one of the more sought-after talents around today. There could be a visioning around this next movie that is divergent from previous stories in the Star Trek universe for sure.

Plus, there is another movie in the pipeline, though the details around that one are a little sketchier. JJ Abrams might not be producing this one, which originally was based on a script from Kathleen Vazquez (Star Trek: Discovery). This appears to be a totally new project, possibly disconnected from other movies in the canon.

Remember that JJ Abrams rebooted the film arm of the franchise with 2008’s Star Trek starring Chris Pine in the lead. Abrams would direct and produce that film and Star Trek Into Darkness a few years later. While critically well-received, the flicks failed to completely bust it out of the box in terms of ticket sales, combining to earn around $850 million total. Then he turned over the directing duties for the final film in the trilogy, Star Trek Beyond, to Justin Lin. That one failed to top either of the previous two at the box office. And, of course, those stories in the Kelvin timeline had a splintering from the other Star Trek properties as well.

It remains to be seen what kind of influence, if any, JJ Abrams still has over how future Star Trek movies play out. He is on as executive producer, after all, a position that can have varying levels of sway when it comes to the story. 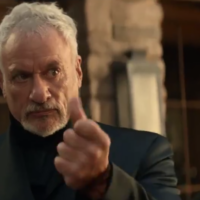 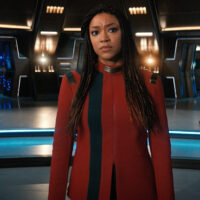 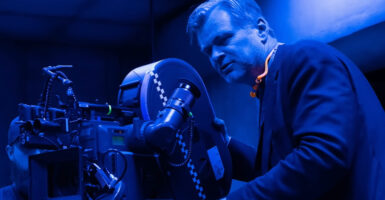