James Gunn is one of those filmmakers who is quite candid about the film industry and the behind-the-scenes inner workings of his films. After a fan question about reports of actors not being allowed to act in both DC and Marvel movies, the director shut it down about how it is “complete nonsense.” The same goes for the other way around.

The question raised began with an initial tweet James Gunn made that was promoting The Suicide Squad with a picture of David Dastmalchian as his supervillain Polka-dot Man. It sparked the realization for another Twitter user that Dastmalchian, who was in both Ant-Man movies in the Marvel Cinematic Universe, and Sylvestor Stallone from Guardians of the Galaxy Vol. 2 that Gunn directed will cross the lines between Marvel and DC. The Rambo actor will play King Shark in Gunn’s upcoming villain team-up movie.

It is not just actors. There are plenty of people who have done both franchises. James Gunn is a prime example as he has done work for the Guardians of the Galaxy movies, assisted on The Dark World, Infinity War, and Endgame. Now, here he is directing DC’s next movie, The Suicide Squad.

James Gunn’s flip from DC to Marvel was because he was initially fired over mature jokes he made on Twitter a decade before. In that gap, he was hired to make any DC movie he wanted. With total creative freedom unlike any other project in his career, he took obscure characters who did not feature in 2016’s Suicide Squad and some of the already established stars to have his own R-rated twist. It looks like it’s full of raunchy humor, extreme violence, and the heart that fans would expect from a guy who had the heartstring-pulling funeral scene at the end of Guardians of the Galaxy 2. Since then, he has been rehired and will return to Marvel to work on Guardians of the Galaxy 3 and the Holiday Special for the cosmic crew.

Fans will be able to see what the graphic twist of The Suicide Squad will look like soon enough. The James Gunn directed, and written film will release in theaters and HBO Max on August 6. He is also in the process of making a spin-off HBO Max TV series centering on John Cena’s character Peacemaker. 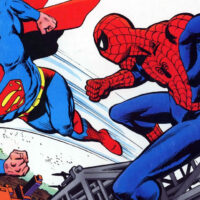