Let the fan theories begin! James Gunn just took to Twitter to share his Spotify Wrapped for the year, but he couldn’t share his top five songs because it would give too big of a hint about his next secret DC project (via ScreenRant). While it’s cool to see the other tidbits about his music-listening habits from the Tweet, fans are no doubt going to be wracking their brains to guess what the project he’s referring to could be.

James Gunn was recently anointed as the co-chair and co-CEO of DC Studios along with Peter Safran, essentially making him the Kevin Feige of the comic book film studio. Since taking the reins, Gunn has been pretty communicative with fans on Twitter, but there are obviously going to be some secrets he wants to keep under wraps. So, what could this mystery project be?

There are certainly a couple of candidates that come to mind, as James Gunn has teased a few DC characters, but he’s been coy about announcing any official projects. For instance, on Halloween, he tweeted a picture of Deadman. Could that mean that there’s a Deadman project on the way or a Justice League Dark project — a team of which Deadman has been a member?

Then again, James Gunn could have just been Tweeting a random DC character that fits with the spooky season for fun. Gunn has also teased fans by posting a photo of Lobo on social media, a project which has long been in development limbo. Aquaman himself, aka Jason Momoa, has also expressed great interest in playing the character.

James Gunn has also posted a captionless picture of the DC character Mr. Terrific, which could be yet another tease that could connect with his Spotify Wrapped playlist. Mr. Terrific is another obscure character that Gunn would undoubtedly love to tackle. Plus, there’s the fact that Henry Cavill is now back as Superman and a new movie with him is undoubtedly in Gunn’s plans.

In short, unless we found out what James Gunn’s top five songs are, the best we can do is just theorize about his secret DC projects. In the meantime, Gunn is also in the midst of providing closure with his work at Marvel. The Guardians of the Galaxy Holiday Special, one of the last projects that Gunn will be doing over at the Disney-owned studio, just hit Disney+ last week.

James Gunn will be finishing up his story with the Guardians when Guardians of the Galaxy Vol. 3 releases on May 5, 2023. Presumably, he’ll be able to turn his focus completely on his DC career after he’s done with that. And while we can’t say for certain what his secret project is, we can definitely look forward to the projects we know are coming.

James Gunn kicked off his DC career with 2021’s The Suicide Squad and followed it up with the fantastic HBO show Peacemaker. We know we’ll be getting Peacemaker Season 2 in the future. You can also check out the most recent DC film Black Adam, which is still in theaters. 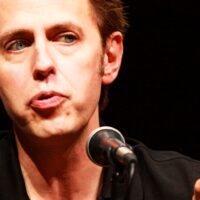 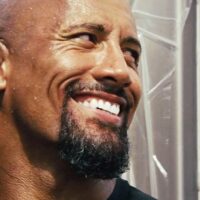