James Gunn took to Twitter to tease that a potential Mister Terrific movie or series could be on the way.

After being appointed CEO of DC Studios alongside Peter Safran, James Gunn has been asking fans on social media about the characters they’d like to see in future projects. He’s also used the various platforms to drop hints about which comic book heroes he thinks should be brought to life on screen. Most recently, the filmmaker shared an image of Michael Holt, the second man to take up the Mister Terrific mantle.

Fans enthusiastically responded with several casting options. The most popular choices were William Jackson Harper who previously starred in Midsommar and The Good Place, LaKeith Stanfield of Sorry to Bother You, and Atlanta fame, as well as Jonathan Majors from Lovecraft Country and Loki. Despite the excitement, it’s unclear what role (if any) Mister Terrific will have in Gunn and Safran’s plan for the DC Extended Universe.

While the pair has started work on a long-term year plan for DC films, television shows, animation projects, and more, no official announcement has been made. What has been confirmed is that James Gunn is focusing on developing a new DCEU instead of trying to revive canceled projects. The studio’s new realm of heroes will feature the return of Henry Cavill’s Superman and Aquaman star Jason Momoa.

Created by John Ostrander and Tom Mandrake, Michale Holt made his DC comic debut as Mister Terrific in 1997’s Spectre Vol 3 #54. Following the accidental death of his wife and unborn baby, the self-made millionaire with an eidetic memory and genius-level intellect blames himself. While contemplating suicide, he is met by the Spectre, who tells him about the Golden Age superhero Terry Sloane/Mister Terrific.

Much like Holt, The Golden Age’s Mister Terrific was also a self-made millionaire whose photographic memory, Olympic-level athletic skills, and mastery of the martial arts made him a Renaissance man. The character first appeared in 1942’s Sensation Comics #1. Having accomplished all his goals, Sloane felt like there were no challenges left for him to pursue. But after saving the life of a young woman and her brother, he adopts the Mister Terrific persona to continue his heroic work.

Inspired by his story, Holt takes up the Mister Terrific moniker and later joins the current Justice Society of America and eventually serves as its chairman. He is also known for his T-shaped face mask that makes him invisible to any kind of technology. The character previously appeared as part of CW’s Arrowverse and was portrayed by Echo Kellum. He joined the series in the fourth season and quickly become a significant part of the story.

Mister Terrific appeared in 73 episodes until Arrow’s final season in 2019, where he starred in the show’s last episode. However, Mister Terrific has never got his own movie or television show. It’s unclear if Echo Kellum would be interested in reprising the role due to his popularity on The CW. Since Marvel has successfully transferred characters between projects, like Charlie Cox’s Daredevil returning in Spider-Man: No Way Home, it will be interesting to see if DC Studios does the same.

But until something is officially announced, fans can enjoy discussing who is the best choice to bring Mister Terrific to life once more. 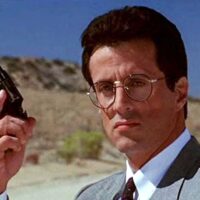