James Gunn is not happy about this.

For the Marvel Cinematic Universe, no upcoming films may compare to the anticipation for Thor: Love and Thunder and next year’s Guardians of the Galaxy Vol. 3. Both parts of the MCU franchise feature characters that audiences have grown to love and appreciate while simultaneously making everyone laugh. One actor to appear in both of these films will be Chris Pratt, who has taken on the alter ego of Star-Lord in all of the Guardians films, as well as Avengers: Infinity War and Avengers: Endgame. Guardians of the Galaxy Vol. 3‘s director James Gunn seems to be infuriated with stories surrounding Chris Pratt, which he detailed at length recently to the press. While not the first time the director has aired his frustrations, his recent talking points may attempt to quash any notion of controversy on Pratt’s part.

According to James Gunn’s interview with Men’s Health, the once-embattled director has come to Chris Pratt’s defense. The issue started with a jab at all the celebrities named Chris, including Chris Hemsworth, Chris Pine, and Chris Evans. When considering Pratt, all of these “Chris’s” are members of the superhero bunch, with all but Pine as participants of the Marvel Cinematic Universe. Internet trolls have ranked all of the actors named Chris and have chosen Chris Pratt to be the worst of the group, as detailed in October 2020 by Refinery 29. For their part, Men’s Health tweeted an excerpt of their interview with Gunn, demonstrating that the director is not budging when defending his star and friend.

“It absolutely infuriates me,” @JamesGunn says of the online hate. “Chris Pratt is seriously one of the best people in my life.” https://t.co/uO5qtUUAPc

In James Gunn’s rebuke of Chris Pratt being dragged in the news and on social media, he insists that Pratt is one of the best people he knows. Speaking to Men’s Health, Gunn goes on to say that these topics of conversation tend to anger him, mainly because he knows all of the “Chris’s” and Chris Pratt is “an especially loving father, and there’s just a lot of stuff that people have literally just made up about him. About his politics, about who he is, about what he believes of other people. I mean it’s, it’s just insane.” All of this stems from Chris Pratt’s controversy, which the actor recently responded to as a way to distance himself from the problematic Hillsong Church.

James Gunn has been a staunch defender of Chris Pratt’s for some time, never wavering when fans took to social media to protest Pratt’s continued involvement with the Marvel Cinematic Universe. Deadline reported about the proposed firing earlier this year, but Gunn and fellow cast members have resisted any change to casting for Pratt’s role as Star-Lord. Pratt will appear with some of his Guardians friends in Thor: Love and Thunder, premiering in theaters in July. Audiences will next see the entire Guardians gang in The Guardians of the Galaxy Holiday Special, set to air on Disney+ December 2022, and a full trilogy-ending to cap off this part of the Marvel Cinematic Universe’s Phase 4 with Guardians of the Galaxy Vol. 3, releasing in May 2023.

James Gunn Almost Made A Movie About Gaming’s Best Assassin 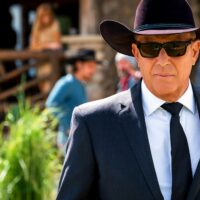