By Apeksha Bagchi | 44 seconds ago

No matter from which point you decide to pour over Jake Gyllenhaal’s illustrious career, you will find his resume overflowing with deep, gripping roles that are beyond memorable and he is all ready to add one more to the long list. After the stellar 2015 sports drama film, Southpaw, Antoine Fuqua and Jake Gyllenhaal are reuniting for the upcoming Netflix crime thriller, The Guilty, and if its recently released teaser is proof enough, it would be akin to sin to not binge it the day it releases.

The teaser of The Guilty sticks close to its earlier released synopsis. While we don’t get to see any faces, the urgency in Jake Gyllenhaal’s voice and the palpable fear in how the woman on the other end talks is enough to establish that there will be no moments of relief in the upcoming Netflix film. The teaser starts off with call operator Joe Baylor (Gyllenhaal) getting a call from a woman who is frantic and sounds desperate. She reveals that she has been abducted and shoved into the back of a van. Joe tries his best to contain the situation and keep it under control while he dispatches police units to save her. But as per the synopsis, “nothing is as it seems” so be ready for a totally unexpected twist in what appears to be a fairly simple plotline.

The Guilty, a remake of the critically acclaimed 2018 Danish film of the same name, is directed and produced by Antoine Fuqua and written by Nic Pizzolatto. The cast of the film includes Jake Gyllenhaal as Joe Bayler, Ethan Hawke, Riley Keough, Paul Dano, Peter Sarsgaard, Byron Bowers, Christina Vidal, Eli Goree, Da’Vine Joy Randolph, David Castaneda, Adrian Martinez, Bill Burr, Beau Knapp, and Edi Patterson. The film will first have its world premiere at the 2021 Toronto International Film Festival, followed by a limited release on September 24, after which it will debut on Netflix on October 1.

The Guilty is not Jake Gyllenhaal’s only upcoming project. The Oscar-nominated actor recently wrapped filming the action thriller film Ambulance, directed by Michael Bay. This is another remake of a renowned Danish film of the same name and will see the Spider-Man: Far From Home star alongside Yahya Abdul-Mateen II. The duo will be seen as two bank robbers who, in their hurry to escape, steal an ambulance that has a paramedic accompanying a critical patient. The film is currently scheduled to be theatrically released on February 18, 2022.

It has also been reported that Jake Gyllenhaal is going to produce and star in a number of projects, starting with Oblivion Song, an adaptation of the hit graphic novel series by Robert Kirkman and Lorenzo De Felici. Then we have the musical Fun Home, based on Alison Bechdel’s memoir of the same name. The upcoming television miniseries The Son, directed by Denis Villeneuve and based on Jo Nesbø’s novel of the same name, also has the actor onboard as part of the cast and as its executive producer. He is also set to portray film producer Robert Evans in Francis and the Godfather as well as play the part of airman John A. Chapman in Sam Hargrave’s Combat Control. 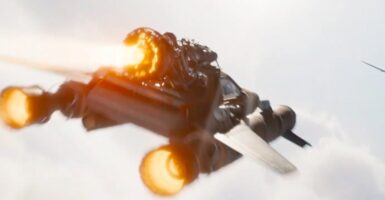 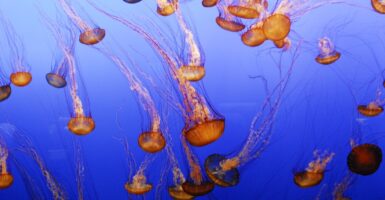