“Concussions aren’t great,” says the Jackass star during the new trailer, “but as long as you have ’em before you’re 50, it’s cool.” Yes, there’s a warning at the end of the Jackass Forever trailer that clearly states you shouldn’t do anything you see happen in it. There should also probably be a warning that nothing here should be taken as medical advice. The new Jackass Forever trailer shows us what’s coming in the new movie, and it’s absolutely packed full of wild stunts. You’ll have to pause and watch carefully if you want to catch them all. It’s coming at you fast.

Watch the Jackass Forever trailer below.

Yeah, a lot happened in the Jackass Forever trailer. Did you notice there was a big spider in a tube between two guys with fish tanks on their heads? Did you see the clown with a snake about to bite his face?

The Jackass Forever trailer started off with a sentimental message. Not about the stunts or the hospitalizations. The trailer started off by asking, “When was the last time you got together with old friends to laugh your asses off?”. The question is asked while Johnny Cash is played, singing We’ll Meet Again. This is a lovely sentiment, particularly in mid-2021, when so many people have been in isolation due to the pandemic.

Of course, while the movie may embrace those sentiments at its core, that’s not entirely what this is about. This is about seeing some people do some inadvisable things. And so right after asking this heartfelt question with that classic song, we see a man shot out of a rocket. He’s wearing wings, but somehow, that doesn’t seem like it offered him a lot of comfort as he fell back to the ground.

And then there was the ending of the Jackass Forever trailer. While most of the stunts and moments in the short video flew by quickly, they let this one play out. It’s full of suspense, after all. Full of the feeling that you’ll want to watch the movie, if only to see how this scene plays out.

Is this what it looks like when a person sees their life flash before their eyes? Does this look reflect a moment of introspection? Perhaps he’s reflecting on the choices he’s made in his life that brought him to this moment, where the guy is liteally strapped to a chair with salmon between his legs, honey on his body, and a bear in the room with him. Yes, a live bear. Watch the Jackass Forever trailer and you’ll have a lot of questions about how he came to this point in his life as well.

Oh, boy. The Jackass Forever trailer is making big promises for this October 22, 2021 release. The movie has had some behind-the-scenes drama up to this point, with Bam Magera removed from the project and the director subsequently requiring a restraining order on the former MTV star. The trailer promises that there will be plenty of faces in this one though, including familiar ones like Johnny Knoxville and guest stars like Tony Hawk, Darby Allin, Eric André, Shaquille O’Neal, and more. 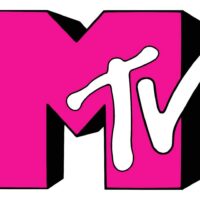 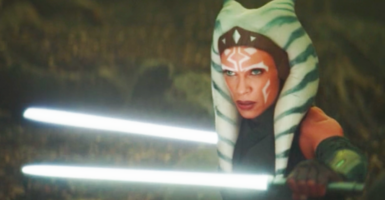 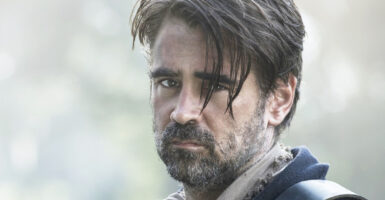