Jackass 4 Stars Have Been Hospitalized During Filming

Jackass is a franchise known for its injuries, whether it’s from boxing in a department store or getting shot directly with a bean bag from a shotgun. But while the Jackass television show and films so far were filmed when most of the cast was in their 20s and 30s, Jackass 4 is currently filming with a team in their late 40s, and after two days into filming, two of the film’s stars have been sent to the hospital.

According to a video from Bam Margera taken inside the hospital, both Johnny Knoxville, who is now 49-years-old, and Steve-O, who is 46, were sent to the hospital after receiving injuries while filming Jackass 4. Margera says in the video that both Knoxville and Steve-O jumped onto treadmills going full-speed while wearing band equipment. Margera says one of them was even wearing a tuba, and although Margera doesn’t say what injuries occurred, it doesn’t take a genius to figure out how this could have gone wrong.

Back in 2018, Johnny Knoxville told Entertainment Weekly that if they were to make a Jackass 4, they would have to bring in some “new younger guys,” although it’s not clear if this new film does include any new cast members, or who they are. Yet Knoxville did say he still writes down ideas for bits, but also that the biggest obstacle between him doing another film would be “putting my family and friends through it.”

In 2017, Johnny Knoxville posted on Instagram that he had reunited with the Jackass crew for the first time in almost seven years, an event that he said made him emotional. A few years later, Jackass’ Chris Raab spoke to several former Jackass cast members and said that if director Jeff Tremaine, producer Spike Jonze and Johnny Knoxville all said they were up for a fourth film, it seemed likely that the team would reunite for a Jackass 4.

Paramount announced that Jackass 4 was in production, and while the film was originally announced for a March 5, 2021 release date, it has now been rescheduled for July 2, 2021. With ridiculously low budgets and high returns, it’s no wonder that Paramount wanted the old crew to reunite. 2002’s Jackass: The Movie made $79 worldwide, with a $5 million budget. Paramount has produced four Jackass films for $51.5 million, while the films have made over $487 million at the box-office. The last Jackass film was the 2013’s spinoff Jackass Presents: Bad Grandpa, which earned the series an Academy Award nomination for Best Makeup and Hairstyling.

But a lot has changed with the Jackass crew since we last saw them in 2010’s Jackass 3D. In 2011, Ryan Dunn died in a car crash at the age of 34, while Johnny Knoxville has said that the death of his mother made him wary about the more dangerous stunts. As the crew has grown older, they’re seeing that maybe they’re not as spry as they once were while filming Jackass 4.

It’s unclear how these recent injuries will change the production of Jackass 4, considering Johnny Knoxville and Steve-O are two of the series’ biggest stars. Bam Margera didn’t seem too concerned about his two friends, and it wouldn’t be the first time this cast had continued shooting with casts or crutches. Jackass 4 will be out July 2, 2021, where we will see just how dangerous these 40-somethings get.

Jackass 4: All We Know About the Bonkers Comedy Sequel 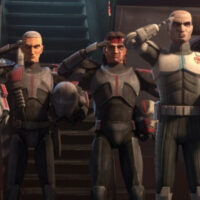 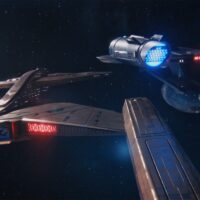