After much speculation and hype, it’s now official that Hayden Christensen will be returning to the Star Wars franchise as Darth Vader. With a whole new batch of productions on the way, it was widely reported that Christensen was in talks to return to the character in different series, possibly one of his own. Now, according to The Hollywood Reporter, it looks like we will get our first glimpse of him back in the black suit when Rosario Dawson’s Ahsoka series hits Disney+. It’s another exciting development for the universe that has been working overtime to revisit some of its stories and characters from the past.

The latest news around Hayden Christensen returning to the role of Darth Vader is a bit light on details when it comes to how he will fit into the story. But it sure seems like he will be in direct conflict with the titular Jedi. In a number of stories, Ahsoka Tano has contact with Anakin Skywalker/ Darth Vader. For starters, her backstory includes being trained by Anakin after she was discovered to have Jedi powers. There is a good chance we see Christensen in flashbacks if the new series goes at all into her backstory. From a moving-pieces perspective, this would make a lot of sense, though could limit how much we actually see him in the series. Regardless, everyone involved seemed excited with Rosario Dawson confirming the news on Twitter.

It would be tougher for Hayden Christensen to play a bigger part in the current narrative for Ahsoka because the timeline of the show, like The Mandalorian, appears to be set years after the fall of the Empire in Return of the Jedi. Darth Vader died at the end of that movie (obviously) meaning in the current timeline it would be tough to bring in Hayden Christensen. But if he’s involved in lead-up stories around her character, both in training or her later meetings with him when she is a Jedi in hiding and he has risen to power as Vader, then it could make a lot of sense.

Whatever the logistics are to get Hayden Christensen back into the role as Darth Vader, we’ll take them. It’s just another in the moves from the Star Wars folks to call back characters with continued stories around some unexplored timelines in the live-action universe. Starting with The Mandalorian which has kicked off this new wave of insanely popular productions, we are also getting another old favorite in the mix sooner than later. That’s when Ewan McGregor will reprise his role as Obi-Wan Kenobi in a standalone series. There were rumors Hayden Christensen could have a part in that as well considering that would be during the timeline when Darth Vader was actually still alive.  There will also be The Book of Boba Fett set to come out as a limited series later this year.

Hayden Christensen played Annakin Skywalker/ Darth Vader for two movies, Episode II – Attack of the Clones and Episode III – Revenge of the Sith. It was a star-making turn for the then-relatively unknown actor. It will be great to have him back in this part, filling in some of the stories around the infamous Darth Vader. 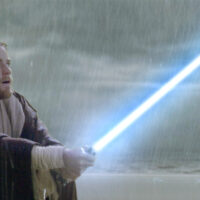