It feels like an eternity since the hit DC Animated show Harley Quinn had its season two finale. In fact, it has actually been two years since Harley Quinn and Poison Ivy ran off together as a newfangled couple ready to cause mayhem. After years of waiting, IGN reports that Harley Quinn season 3 is on its way and has a release date of sorts and the news is a great surprise. Season three of Harley Quinn will be airing on HBO Max this July.

The surprising news comes courtesy of a WarnerMedia press release where the studio offered up its exciting content that will be making its bow on streaming service HBO Max next month, with Harley Quinn season 3 amongst the July roster, albeit without an actual release date. However, given that it has been two years since the last series of Harley Quinn, a release month, especially one so soon, is more than good enough for the legions of fans of the hit animated show.

Late last fall, WarnerBros released a teaser trailer for Harley Quinn season 3, which featured Kaley Cuoco’s Harley and Ron Funches King Shark presenting a black and white sketched sizzle reel of scenes from the upcoming series. Cuoco’s Quinn also bemoaned the delay of season 3, stating that the show would air sometime in 2022. The sizzle reel also offered fans a glimpse of what they could expect from Harley Quinn season 3. At the end of season 2, Quinn gatecrashed Poison Ivy and Kite Man’s wedding to confess her true feelings for Ivy. Now, in season 3 it looks like Harley and Ivy are all but set to wreak havoc around Gotham City as newfound lovers, with Commissioner Gordon hot on their heels.

As well as Harley Quinn season 3 being on the way, DC is also cooking up an animated spin-off to the show featuring one of Harley Quinn’s most iconic characters in the lead role. Under the working title, Noonan’s, the spin-off show will see Kite-Man take ownership of the eponymous pub, which is frequented by the hoards of villains that roam Gotham City. A release date for the project is not yet known, but SlashFilm expects the show to make its debut sometime in 2023.

Spin-offs aside, the main focus for Harley Quinn fans will of course be the imminent release of Harley Quinn season 3, but, why such a long wait. Part of the delay could very well be down to the show switching homes in the interim period. Season one of Harley Quinn aired on DC Universe before the second series made the switch to SYFY and now Harley Quinn season 3 has made HBO Max its home. The first two seasons got widespread critical acclaim and with The Direct reporting that the likes of Batman and The Court of Owls are likely to appear in Harley Quinn season 3, fans will be more than eager for the new season, which is set to feature Harley and Poison Ivy’s “Eat, Bang, Kill tour”, to debut in July at the earliest opportunity. 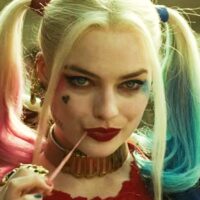 See The First Look At Harley Quinn In Her Next Appearance 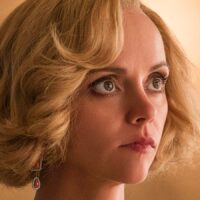 Christina Ricci Has Been Cast As Harley Quinn