Gina Carano Is Getting Ridiculed For Her New Movie

Gina Carano had been turning herself into a hugely popular Star Wars character. However, she has since been fired, and now fans are ridiculing her newest film.

Related:
Star Wars Based A Character On Nancy Pelosi

Gina Carano was once on the verge of becoming one of the most popular Star Wars actors on the planet. She turned heads when she had been cast in The Mandalorian as Cara Dune. Her strong performances in both seasons of the series led to Lucasfilm putting together a spinoff series called, Rangers of the New Republic, which would have to see Carano star. However, through her social media pages, Carano shared controversial memes and theories that led to her being fired by Disney. Her subsequent spinoff series was also canceled. Now, she is set to star in a film called My Son Hunter. This film is produced by the right-wing-leaning media company, Breitbart. A new trailer has dropped for the film, and fans on Twitter are tearing it apart.

You can’t make these things up. Gina Carano was going to be one of the most popular new figures in the Star Wars universe, but now she is going to be starring in whatever this trailer is showcasing. It is truly an odd film, to begin with.

We certainly don’t think Gina Carano is a horrible actor but pirating the film does seem like an odd direction to go if one is to ignore her new career choices. Chances are that this film ends up on YouTube at some point too.

This is certainly a different way to rephrase what the above tweet was referencing. Gina Carano did mess up big time, as staying in the Star Wars universe would have been massively lucrative for her.

We certainly would not back what Gina Carano has said in the past. But yes, it was entirely her fault that she had been fired from Star Wars. She could have just backed off a bit, but instead decided to double down on her conspiracy theories.

We would assume that this person does not like Gina Carano at all. Again, we don’t think that she was a terrible actress, but she did mess up what would have been cushy. Now, she gets to star in whatever the above film is going to be.

Ok, this is a good burn. Everyone knows how ridiculous the Star Wars Holiday Special is, and apparently, that is how ridiculous everyone thinks this new Gina Carano film is going to be too.

We are not sure that Gina Carano can ever redeem herself in the eyes of Star Wars fans. From the above tweets, it sure does not sound like that will happen anytime soon. She all but ruined any chances of possibly working with Disney ever again as well. We don’t know the reach of this new movie she is going to star in, but it certainly will likely be far from the millions of people that would have watched her in her spinoff series. Also, millions more are certainly going to be watching The Mandalorian Season 3 when it arrives in early 2023. However, people have to live their “truth.” Even if that truth is digging yourself into a hole and forfeiting the possible millions of dollars you could have earned. 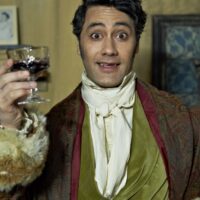