The newest entry to the Fast & Furious franchise is costing the studios a lot more money than they were expecting. Director Justin Lin recently stepped down from Fast X and it’s reportedly costing Universal up to $1 million per day to keep the production running while they search for a replacement. With that kind of money on the line, Universal is no doubt scrambling to put someone new in the role. Lin stepped down after about one week of production on Fast X, so there is a lot more movie to film at this point.

Although Justin Lin stepped down from Fast X in an amicable fashion, that doesn’t mean replacing him will be a simple endeavor. In a statement, Lin said that he would be staying on as producer and that Universal is supporting his decision. Justin Lin has been a stalwart piece of the Fast & Furious franchise, directing Fast Five, Fast & Furious 6, The Fast and the Furious: Tokyo Drift, and F9. These are some of the most beloved entries in the franchise, so fans are disappointed to see Lin exit as director. You can see his announcement below:

Fast X is set to be the conclusion of the franchise and many of the actors from previous films will be returning, including Vin Diesel, Michelle Rodriguez, Ludacris, Tyrese Gibson, Nathalie Emmanuel, Sung Kang, John Cena, and Charlize Theron. Newcomers to the franchise include Brie Larson, Jason Momoa, and Daniela Melchior. Having big-name newcomers like Larson and Momoa is undoubtedly adding to the anxiety of finding a new director. These two have other major blockbusters to film, with Momoa’s Aquaman sequel on the way and Brie Larson’s second solo MCU outing with The Marvels. If the delays cause any scheduling conflicts for these two actors, it might end up costing Universal even more money.

While the money situation is certainly concerning for Universal, they can’t rush into picking a new director for one of their most successful and profitable franchises. So the question remains, who will be replacing Justin Lin? Many fans are calling for James Wan to take on the role. This does seem like it would be a natural fit. James Wan previously directed Furious 7, so he knows the characters, the franchise, and what’s needed to film big action scenes and stunts. He also has the benefit of being very familiar with newcomer Jason Mamoa after directing him in two Aquaman films. However, Wan is likely busy with Aquaman and the Lost Kingdom right now, so it doesn’t seem likely he’ll have the time to take on the job. Regardless of who they choose, the Fast & Furious franchise is known for over-the-top stunts and action that somehow get more and more elaborate with each successive film. Whoever they pick will need to have some experience directing this kind of epic action, as Fast X will ask a lot from its director.

Fortunately, Justin Lin will still be involved in the production in some way, so the tone and the spectacle of the franchise will probably still be on full display. Once the new director is chosen, the production will likely be full steam ahead. If everything works out, we should still get to see Fast X hit theaters in May of 2023. 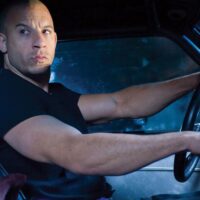 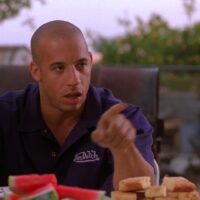