At this point, it seems the Fast and Furious franchise is in some kind of escalating Cold War with the Marvel Cinematic Universe to cast every star in Hollywood. As such, Deadline reports that the upcoming installment of the series, Fast X, has added very large actor Alan Ritchson to its cast. Ritchson’s specific role in the movie has not been specified, but it will be shocking if the Reacher star is not being set up to battle similarly very large actors Vin Diesel, Jason Momoa, and John Cena. Fast X already has a well-stocked ensemble of action stars, but never let it be said that the franchise does not try to outdo itself with each new entry.

While Alan Ritchson’s role in Fast X may still be unknown (we speculate that he will either feel family is very important or not feel that it is vital to life experiences), his casting in the movie demonstrates how quickly the actor’s star has been rising in Hollywood. Ritchson first appeared on TV trying to catch Paula Abdul’s eye on the third season of American Idol and came to greater prominence in Spike TV’s sports sitcom Blue Mountain State.

Alan Ritchson also had a number of somewhat unusual roles like playing sai-wielding mutant Raphael in the 2014 reboot of Teenage Mutant Ninja Turtles and doing motion capture for Ray Winstone in Robert Zemeckis’ CGI Beowulf. Ritchson also played Arthur Curry aka Aquaman in a recurring role on the WB superhero series Smallville and voiced the character in an animated feature. He will be joining fellow Aquaman Jason Momoa in Fast X, giving the movie perhaps the highest Aquaman to actor ratio of any film production ever.

Currently, Alan Ritchson is starring in the Amazon Prime Video crime thriller series Reacher, adapted from the Jack Reacher series of books by Lee Child. The series was an unexpected hit for the streaming platform and received glowing critical reviews (unlike the previous Tom Cruise film adaptions). It has so far been renewed for a second season and Ritchson himself recently signed a contract with Amazon Prime Video to star in three future feature film projects. It appears Fast X is just one more feather in his increasingly feathery cap.

In addition to its core cast of Vin Diesel, Michelle Rodriguez, Tyrese Gibson, and Ludacris, Fast X will star a returning Charlize Theron and Cardi B. The new additions so far include Jason Momoa in a reportedly villainous role, vocal Fast and Furious fan Brie Larson, and The Suicide Squad’s Daniela Melchior. Various adjunct members of the Fast and Furious franchise are also set to appear, including Jordana Brewster, Nathalie Emmanuel, and Sung Kang.

Fast X is scheduled to be released in May of 2023, but if recent years have shown us anything, it is that blockbuster movies rarely arrive on time. Additionally, the movie has already cycled through one major director, with franchise veteran Justin Lin having recently exited. He was replaced by Transporter director Louis Leterrier, but it may not be a good sign when “creative differences” get brought up on what is already reported to be one of the more expensive films ever. 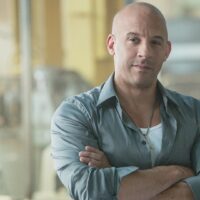