Zoe Kravitz will be bringing her talents to the role of Selina Kyle a.k.a. Catwoman in Matt Reeves’ The Batman next year. Fans are intrigued to see what new facets the actress will bring to the iconic character and just how her relationship with Batman will evolve over the course of the film. Well, it turns out that we have obtained some exclusive information in that regard, and it has even led us to find out that Catwoman has a big role to play in the future of the franchise. It is such a big role that she is going to have to be given the spotlight.

According to our trusted inside source – the same one that has provided Giant Freakin Robot with multiple confirmed exclusive scoops that have included Bruce Campbell appearing for a cameo in Doctor Strange in the Multiverse of Madness and Chloe Bennet returning as Quake for a new Marvel series – Zoe Kravitz will be playing Catwoman as more of an antihero in The Batman than a traditional villain. Part of the reason for this is that the studio is developing a standalone Catwoman movie that will see Selina Kyle act as an outright hero. There are no details as to what the story of the Catwoman movie would center around, but we have to assume it will pick up on plot threads that are introduced in The Batman.

Catwoman could certainly use a good solo film. The last time the studio attempted that was back in 2004 with Halle Berry in the title role and that movie has earned a legendarily bad reputation. Hopefully, Zoe Kravitz would be given a strong script and a confident director that would help give Catwoman the kind of solo adventure she deserves. The character is easily one of the most popular individuals in the entire canon of Batman stories. There is no doubt that she could anchor an entire movie as long as the stars align in regards to the story and execution.

It certainly sounds like Warner Bros./DC is committed to building out Batman’s rogues gallery with their own feature films. After the gargantuan returns and cultural impact of Joker, they definitely want to try to replicate that critical and commercial success. In addition to Zoe Kravitz getting Catwoman as a starring vehicle, we have also heard exclusive info that Warner Bros./DC is developing a Scarecrow feature film that would be R-rated. the studio certainly seems to believe that audiences are interested in movies that center around more villainous characters. Whether or not that is the case or Joker was an anomaly due to the immense popularity of that specific character remains to be seen.

All that being said, Zoe Kravitz will have to see how audiences respond to her version of Catwoman. If she finds herself getting a lot of praise, that could easily fast-track the Catwoman movie. It might also be a good way to give audiences a sidequel of sorts to The Batman while a direct sequel can be developed. We will be keeping our eyes and ears open for more information about this project. 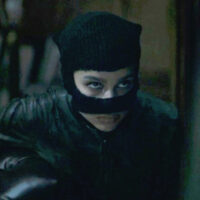 The Catwoman Advice Zoe Kravitz Got From This Former Batman Villain