Malignant was created from the bones of Disney’s Frozen, a recent press junket reveals. James Wan, who directed and co-wrote Malignant, spoke with reporters about the inspiration for Madison Lake’s (Annabelle Wallis) inscrutable family ties. While Gabriel’s biological association with Madison proved cataclysmic to everyone she holds dear, her sisterly relationship with adoptive sibling Sydney Lake (Maddie Hasson) is what ultimately unchained her from decades of psychic bondage. This distinctive bond — a kinship of choice, rather than blood — was derived from Elsa and Anna’s relationship in Frozen, where love and loyalty could either make or break family ties. In Madison’s case, it shatters her before it can save her. And yet, Sydney is present every step of the way.

“Well, it felt like it was the most natural one, given the theme of the movie, given the subject matter of the film,” Wan explains. “Here you have a story about Madison with her own blood relation, her own blood sibling, which has Gabriel, who turns out to be a horrible person. But yet her adopted sister, not blood relation in any way, is actually the one that she has the most connection with. That is the one that is the most loving. And I felt like that was such a cool story to come at it from that perspective.”

In Frozen, Elsa barreled through a character-defining identity crisis with full, unadulterated support from Anna, who was willing to risk everything and throw away life itself to save her older sister from the proverbial helotry of guilt and the insanity of living with elemental abilities she couldn’t control. Madison is both Anna and Elsa in shades; she’s Anna in that further dabbling in the supernatural could only result in her own death, and yet she’s also Elsa in that her psychic tethering to Gabriel has driven her mad.

Writers Jennifer Lee, Chris Buck, and Shane Morris conceived Frozen as a necessary antithetical response to Disney’s persistent love affair with fairytale romance. The winding tale of Elsa’s redemption was meant to elevate a different kind of love story — the sort of love that drives a mother to renounce hedonistic pleasures for the sake of a child or a sibling to give up a kidney for an ailing sister without question. Essentially, the power of family.

After decades of glorifying romance as the only love story that matters, Disney introduced young audiences to love between family, a level of filial affection often taken for granted both onscreen and in real life. Obviously, a grievous injustice has been committed, effectively indoctrinating generations of children (and unhappy adults) into idealizing toxic relationships, and a full-scale corporate reprint was in order. Frozen sought to right this wrong by proving women don’t need men to feel complete, and vice versa, and sometimes love between family is the only constant we need.

Like most viewers when Frozen came out, James Wan was in awe of Disney’s unspeakable mettle, and so was his wife Ingrid Bisu, who conceptualized the story of Malignant with the Aquaman director and screenwriter Akela Cooper. “She loves the idea of telling a love story, but it’s not a romantic story between the two leads,” Wan relates. “It’s a love story between the two sisters. And I love that. I haven’t quite seen that in a horror movie at least to this degree. And it’s funny that we jokingly refer to it as, it’s like the horror version of Frozen. It’s like Anna and [Elsa]. But it really is like the horror version of Frozen. It’s sisterly love, it’s sisterly bond. And one of the many themes that the film deal with is the idea that can you be close to the people that you don’t necessarily share blood relation with? And what we want to kind of say in this film is it’s possible.”

Frozen saw Elsa abandon the crown of Arendelle as a form of self-actualized guilt over having special powers. She considered herself unworthy of the throne and was in constant fear of hurting her sister. She fled to the snowy mountains of the Scandinavian wilderness to find herself and develop the courage to face her people, but in time her neurotic sense of justice took over and her self-hatred consumed the kingdom she swore to protect. It blanketed Arendelle in an everlasting winter and inflicted her sister Anna with the sort of curse only true love can emancipate. Elsa spent much of Frozen avoiding Anna and Arendelle precisely to insulate them from her intractable abilities when what she needed all along was to stay close. In the end, Anna’s sacrifice liberated Elsa from her self-imposed exile and in turn, Anna’s own archaic understanding of true love.

When Anna contracted “the curse” in Frozen, the trolls advised her to seek out true love, as it reportedly “cures all.” Thinking Grand Pabbie meant the intimacy of a romantic partner, Anna traveled far and wide in search of Prince Hans of the Southern Isles, the man she met at Elsa’s coronation ball, and only found a monster in sheep’s clothing. She tried Kristoff’s love next — a man who truly respected and adored her — and even it failed the test. What Anna didn’t immediately realize is the love her curse required wasn’t the touch or affections of a lover; it needed the warmth of family. In Malignant, Madison experienced the same life-changing realization. To wit, James Wan adds: “Madison travels the whole movie, basically, to find that sort of blood connection, that lost kin. And when she finally finds it, she goes, ‘Oh, the person that I love the most has been right in front of me the whole time. And she’s always been by my side, she’s always been with me.’ And we just felt like that was something that was important for the film.”

James Wan’s Malignant stars Annabelle Wallis as Madison Lake, Maddie Hasson as Sydney Lake, and Ray Chase as the voice of Gabriel. It tells the story of a young woman who discovers she has psychic links to a conjoined fraternal twin, a man who possesses supernatural abilities and has been carrying out murders in her body. It was released theatrically on September 10. 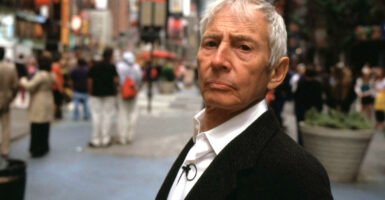 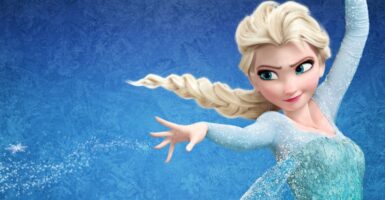