Over the last few years, Disney has been extremely successful remaking some of their classic animated films into live-action stories, such as Beauty and the Beast, Cinderella and Alice in Wonderland. But if a new report is to be believed, Disney might be looking to one of their less popular animated classics for one of their upcoming updates. That less popular movie is Atlantis: The Lost Empire.

According to an unnamed source via We Got This Covered, it is rumored that Deadpool star Ryan Reynolds is being eyed for the lead in a live-action remake of the 2001 sci-fi action film, Atlantis: The Lost Empire. Yet unlike Disney’s other remakes of their animated films, Atlantis: The Lost Empire was mostly considered a disappointment, making $186 million worldwide, only $84 of which coming from North America, against a budget in the $90-120 million range.

Reynolds would theoretically play Milo Thatch, a linguist and cartographer in the early 1900s who has become obsessed with finding the lost city of Atlantis. Milo’s dream becomes a reality when he is funded by an eccentric millionaire and sent with an expedition team to search for Atlantis.

Even at the time of its release, Atlantis: The Lost Empire was seen as a departure for Disney, a more action-oriented animated film built with a male audience in mind. After the even larger failure of 2003’s Treasure Planet, Disney moved away from this type of animated film. Yet considering the perceived failure of Atlantis: The Lost Empire, it would make sense for Disney to do into some of their more questionable films and try to salvage them as potential franchises.

In an interview with Syfy from earlier this year, the original screenwriter of Atlantis: The Lost Empire, Tab Murphy, addressed the possibility of Disney returning to Atlantis in the future. “We always treated it as a live-action movie,” Murphy said. “I remember [producer] Don Hanhn and Kirk [Wise] and Gary [Trousdale], the directors, sending me [to write] the script, saying, ‘Write it like a live-action movie.’ And that’s what I did. My first draft was 142 pages long and they were like, ‘Don’t leave anything out that we’ve been brainstorming.’ From Day 1 on that project, it never felt like an animated movie.” Yet in this interview, Murphy also says that the possibility of a live-action remake is “bogus” and “a lot of fan-driven speculation.”

The world of Atlantis: The Lost Empire did, however, continue beyond the original film. There were originally plans for an Atlantis TV show, entitled Team Atlantis, but after the film disappointed at the box office, the show was scrapped and the produced episodes were turned into a direct-to-video Disney sequel, Atlantis: Milo’s Return. Reports have also stated that this television show would’ve eventually crossed over with the Gargoyles series. There were also plans for an underwater Atlantis ride at Disneyland, also after the film failed to take off at the box office. In an interview with Collider from earlier this year, co-director Kirk Wise even mentioned that there was work on a sequel that never came to be.

While there have been rumors of Ryan Reynolds meeting with Disney in the past, it had been theorized that had more to do with potentially bringing Deadpool into the Marvel Cinematic Universe in some way, or possibly have to do with his upcoming film Free Guy, which was made by 20th Century Studios, before they were purchased by Disney. But the choice of Reynolds for the role in Atlantis: The Lost Empire is an odd one, considering Milo is a younger man and Reynolds is currently forty-three. There have also been rumors that Tom Holland could maybe play Milo in an upcoming film, but that rumor also doesn’t seem to have much weight.

Atlantis: The Lost Empire would be one of many Disney remakes in the works from Disney. In addition to the Emma Stone-starring Cruella scheduled for May 28, 2021, Disney also has remakes coming based on (takes a gigantic breath), The Little Mermaid, Peter Pan, Snow White and the Seven Dwarfs, Pinocchio, The Hunchback of Notre Dame, Bambi, Hercules and sequels to The Jungle Book and Aladdin.

At this point, it seems like Disney will eventually remake every animated film they possibly can, but at this point, you might not want to hold your breath for an Atlantis: The Lost Empire live-action film. 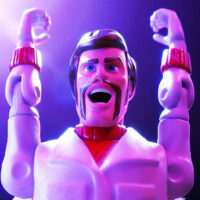 Deadpool 3 Is Happening, But Without The People Who Made The Other Movies