Denzel Washington has so many hits under his belt at this point that it’s easy to lose track of them. That’s what happens when you’ve been crushing it on screen for decades now. Whether it’s Academy Award-winning turns, or just popcorn action flicks, the dude is great almost every time he shows up. Now, one of his more acclaimed movies is making the rounds on streaming and it’s definitely worth catching up with years later. Watch Washington go pretty evil in Training Day on Netflix.

Training Day starts innocently enough as far as cop thrillers go. Ethan Hawke plays Jake Hoyt, a bright-eyed police officer who’s about to get a new assignment on the force as a plain-clothes cop on a special task force. He’s assigned Alphonso Harris (Denzel Washington), a veteran on the force and the head of this particular detail. Harris begins the training as every bit the mentor, making sure Hoyt understands the stakes they are dealing with while also showing him the ropes around this new assignment.

It starts as an onboarding piece with us learning about this new detail at the same time as Hoyt. It definitely feels like the stakes are higher and the rules around policing are a little (much, much) more relaxed with this group. Denzel Washington comes across as every bit the smooth operator, bringing Hoyt along and showing him the ins and outs of a different kind of on-the-street work. Here, check out the trailer for Training Day:

Of course, Denzel Washington, we are quick to learn, is anything but as appears. He very much has an agenda around this day, pulling Hawke’s character right into it hook, line and sinker. Things are slow to start but as we see with Hoyt, there’s a dawning realization that something much more seedy and dangerous is going down. And the stakes are pretty damn high. While, like the title, things only last one day, it’s for sure a long one.

Training Day might have come out twenty years ago, but this film more than holds up. For starters, Denzel Washington is unbelievable in the role of Harris. He was nominated for a Screen Actors Guild Award for Outstanding Actor in a Lead Role as well as a Golden Globe for Best Actor. It’s an incredible slow-burn coming to the realization that Hoyt is in real trouble during this ride-along. Like I said, it doesn’t happen right away, but by the time both he and the viewer realize what’s going on, it’s almost too late. There are a few incredibly gripping scenes and even an iconic quote by Washington when he screams, “King Kong ain’t got s#$%’ on me!” From start to finish it’s worth every minute.

For Antione Fuqua, this was his first “major” film and a breakout one at that, putting the director in the limelight. He’d go on to direct other action-packed films like Shooter and Olympus Has Fallen. Plus, he and Denzel Washington would team up later on The Equalizer and the sequel plus The Magnificent Seven.

Training Day, on the back of a great script and amazing performances by both Denzel Washington and Ethan Hawke, earned about $105 million at the box office. This was a tidy sum at the time considering it looked very much, at the outset like a standard police drama. But the word quickly spread that this movie was more than that, a gripping thriller with two actors at the top of their respective games.

And from a critical perspective this movie definitely outperformed expectations. It’s sitting at 73% on Rotten Tomatoes and 69 on Metacritic. Critics just loved the Denzel Washington performance which is made even more amazing considering he is most definitely the bad guy in this movie. And really, for the actor, this is the first time he’d taken that turn on the screen. It’s just great to watch even after all these years.

Next up for Denzel Washington is a little Shakespearean turn when he stars in Joel Coen’s Tragedy of Macbeth which is due out later this year. For now, check out Training Day on Netflix. This one is good the first, second, or even third time through. 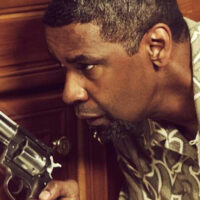 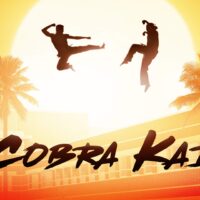