We’ve loved Daniel Craig in several James Bond movies, surprisingly enjoyed the fun of Logan Lucky, and been delighted by the compelling mystery in Knives Out.  Before these recent successes, he took the lead in a dark thriller-mystery directed by David Fincher. While The Girl In The Dragon Tattoo was definitely something people talked about, it’s been almost a decade since it’s release. Now, the movie has finally reached Netflix.

The Girl With the Dragon Tattoo had a fanbase before Daniel Craig ever took the role. This story started off as a novel by Stief Larsson. The Millennium Trilogy sold over 50 million copies and was a worldwide success.

In this story, Daniel Craig’s character is a reporter recently disgraced. He is now looking for a missing woman. In an odd pair up, he works with Lisbeth Salander (Rooney Mara), a computer hacker, to help him on the case. The story takes a lot of very dark turns. The movie includes a famous scene where Craig’s face is wrapped in Saran wrap. If you watch the behind-the-scenes footage and listen to the director’s commentary for the film, you’ll learn that Craig actually lost consciousness one day during filming. This may be less surprising if you know that the director, David Fincher, is famous for making his actors do up to a hundred takes on a single scene. That’s a long time to not be breathing.

Daniel Craig has always been a passionate actor. He’s been in a lot of movies over the decades. It may come as no surprise, then, to learn that he took the role on because he thought it would be a challenge. The movie is dark, sets a tone that stands out, and working with David Fincher has famously been an inspiring challenge for many actors.

Was The Girl With The Dragon Tattoo Any Good?

The Girl With the Dragon Tattoo seemed to be well-met by its audience. It was rated well on sites like IMDB. The NY Times said, “David Fincher’s adaptation of The Girl With the Dragon Tattoo, starring Rooney Mara and Daniel Craig, holds onto the vivid and passionate essence of the book.” This is high praise, when you consider how often people complain about adaptations. “The book was better,” is often said by readers everywhere, but this movie managed to avoid that common complaint. Reviews also praised the lead actors, saying that the movie just wouldn’t be the same without their performances.

While many thrillers aren’t worth the rewatch, many big fans will rewatch this Daniel Craig classic. The movie is dark, sets an atmosphere, and is a unique story in a competitive market. It’s one of the unique movies where a studio has a story that could both be a blockbuster and go over well with award audiences. It’s fast-paced, thrilling, and satisfies the expectations of those who loved the book.

So when The Girl With the Dragon Tattoo was based on a trilogy of novels, why wasn’t there a follow-up movie? Well, that depends on who you ask.

Officially, it may be safest to say this is a mystery. Or perhaps you could say it’s a confluence of events. However you want to put it, every source you can find will tell you a different story about why the sequel never came to be. In the years following the initial release, you can find interviews with Daniel Craig saying he was still interested. While a quick look at his schedule shows that he was busy making a lot of James Bond movies, he never showed any hesitation to take part. Sources diving into what happened to the sequel never blame Craig or his schedule.

One possible reason the sequel never happened was a slightly disappointing showing at the box office. The budget for this movie was $90 million. It earned $232.6 million worldwide. These are not bad numbers. While they aren’t necessarily numbers that would push a studio to make a sequel no matter what, it did seem like they would move forward.

Many argue that the movie may have done better if they hadn’t released it on Christmas. While that is a great day for a lot of blockbusters, The Girl With the Dragon Tattoo is a dark movie. Daniel Craig has said he was surprised how far the director actually went when he saw the first cut of the film. It’s not exactly the kind of movie you bring the kids to see on a holiday weekend. The film did better than Craig’s other movie opening that weekend (The Adventures of Tintin), but the following week saw the release of a Sherlock Holmes movie and a Mission Impossible film.

It seemed to many at the time that the studio released the movie when they did in order to gain awards attention. This particularly makes sense when you consider the director. David Fincher had just released The Social Network the year before, gaining a lot of awards attention. The studio may have wanted the same for The Girl With The Dragon Tattoo. While that was all well and good, it may have hurt the box office numbers and hurt the chances for a sequel to be made.

Others blame the lack of a sequel on Daniel Craig’s success in the James Bond franchise. At the time of The Girl With The Dragon Tattoo, one Bond movie had dropped so far. We’re still waiting on the last of his Bond installments to release, hopefully in 2021. Even though he’d only played Bond once at that point, were audiences watching Daniel Craig and only seeing Bond? Famously, Daniel Craig has shown hesitation about being associated with the franchise. While it has certainly brought him a lot of fame, he has made very clear that he doesn’t want it to affect his chances of being in other movies. Could his fear have been true and hurt the success of The Girl With the Dragon Tattoo? Some think so.

While these factors may have made the studio less motivated to push hard for a sequel, there was also the issue of delays with the script. David Fincher has planned for the sequel The Girl Who Played With Fire. The actors, including Daniel Craig, were excited to see it happen. The studio was ready to move forward. There were plays to film The Girl Who Played With Fire and The Girl Who Kicked the Hornet’s Nest back to back. This would have completed the trilogy. But then filming continued to be delayed due to changes to the script.

Eventually, a new writer wrote a novel in the same universe titled The Girl in the Spider’s Web. The studio saw this as an opportunity to bring the franchise back with a new director and new actors. This was called a soft reboot. The new movie was technically a sequel to the Daniel Craig movie, with someone else playing his character, but wasn’t met with the same fan reception.

Despite the lack of a sequel, most people will tell you that The Girl With the Dragon Tattoo was a solid thriller. It’s still one of Daniel Craig’s best movies to date. Ten years after release, it’s worth a rewatch. And if you never saw it in the first place? It’s still a movie you might want to move up your Netflix queue and finally check out.

Knives Out 2: A Sequel Is Happening But Not In The Way You Expect 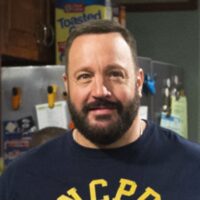