Star Wars fans have been vocal about their problems with the most recent trilogy in the franchise. From plot holes to the messy conclusion of The Rise of Skywalker, fans made it clear that this latest slew of Star Wars films were full of problems. Now, Daisy Ridley – who played Rey – is in full agreement with one particular criticism of the trilogy.

This revelation comes from author Sariah Wilson, who recently conducted an interview with Daisy Ridley. Inevitably, the topic of Star Wars came up and Wilson decided to pass along her feelings as they pertained to Rey. As Wilson explained to her Twitter followers, she told Ridley she appreciated the direction the character was going in the first two films. In a follow-up tweet, Wilson shared Ridley’s reaction and where she believed the character of Rey was headed. Wilson also added another tweet for clarification.

Daisy Ridley also recently admitted that during the filming of Star Wars: Episode IX – The Rise of Skywalker, she was unaware that Rey would eventually be revealed as a Palpatine. Ridley admitted this when she appeared as a guest on Jimmy Kimmel Live!, in which guest host Josh Gad asked his burning Star Wars questions. When Gad cornered her about her lineage, Ridley explained that early on, she was going to be a Kenobi per J.J. Abrams, and then when Rian Johnson took over, she went back to being someone with no lineage tied to any character that was already known.

When Abrams was back in charge for The Rise of Skywalker, he tossed out the idea that she would be Palpatine’s granddaughter, then changed his mind a couple of weeks later. She said things constantly changed, not knowing that she’d be a Palpatine until towards the very end of the shooting. Gad even pressed Daisy Ridley, asking her, “If Palpatine is your grandfather, who exactly is your grandmother in that scenario?” That question was followed with a few seconds of silence by Ridley. She had no answer for Gad. But maybe J.J. Abrams does have an answer for this uncomfortable scenario?

It’s nice to know that Daisy Ridley understands Star Wars fan’s disappointment, but at least she can laugh at the ridiculousness of where her character went in that trilogy. It seems as though not having an overarching person in charge of the series led to a back-and-forth of where Star Wars was going, which not only confused the actors, but the audience as well.

Thankfully, it seems as though Lucasfilm has a stronger grasp on where they are heading with the Star Wars universe, at least as it concerns the various Disney+ series in production. With The Mandalorian receiving multiple spinoffs, which seem to be under the supervision of Jon Favreau and Dave Filoni, hopefully, there will be a unifying vision for the series going forward. While there are no plans for Daisy Ridley to return to the Star Wars universe in the near future, it’s good that she has a sense of humor about the whole confusing situation. 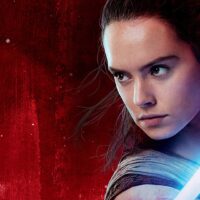 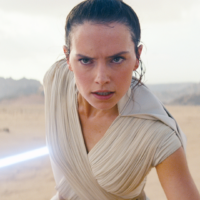