See Chris Pratt’s Star-Lord Get A New Look In Thor: Love and Thunder

The upcoming Thor: Love and Thunder looks like it’s going to give us costume updates galore for some of our favorite Marvel heroes. The most recent leak gives us an even closer look at Chris Pratt’s Star-Lord getup for the fourth Thor film. While it’s not quite as dramatic as other costume updates we’ve seen, it still adds an extra layer of style to Peter Quill’s look.

The leak comes from the box art on the back of a Marvel Legends action figure. It depicts Chris Pratt’s Star-Lord carrying his signature pistols along with his red trench coat. Though this version of the coat seems to have some slight armor upgrades along the arms. A bandoleer also wraps around his shoulder. The image also seems to indicate that Pratt will have a fuller beard and slightly longer hair in the movie. In addition to giving us a glimpse of the Star-Lord costume, the back of the box also mentions how Quill and the Guardians of the Galaxy will be teaming up with old and new friends to take on a dangerous enemy. Presumably, that enemy will be Christian Bale’s Gorr the God Butcher. You can see the image below.

Chris Pratt is far from the only cast member to get a new costume for his character. We’ve already seen leaks for two new costumes for Thor. One is a very colorful blue and gold armor that is much more comic-booky than any iteration of his armor we’ve seen so far. We also get a good look at a “Ravager” Thor costume that sees a more casual Hemsworth sporting a red vest and jeans. Then, of course, we have the newly christened God of Thunder Jane Foster, portrayed by Natalie Portman. Portman’s character will supposedly be found worthy by Mjolnir in this movie, giving her Thor’s powers. In the leaks, we see the shiny new armor that she’ll be donning. We have even seen Korg with a new costume that features a massive ram head belt buckle and furry shoulder pads.

Thor: Love and Thunder is still a bit of a mystery at this point, as we only have morsels like this recent Chris Pratt action-figure leak to help us figure out details. Amazingly, there is still no trailer for the movie despite the fact the movie is due out in July. That’s less than three months away, which makes this the Marvel record for the shortest amount of time between the release of the trailer and the release of the movie. While the trailer should be hitting any day now, maybe Marvel is opting to wait to show it off until Doctor Strange in the Multiverse of Madness hits theaters on May 6. What better way to get butts in seats on opening weekend than debuting a highly anticipated trailer before a highly anticipated movie?

Regardless of when the trailer drops, we’re sure to see some more leaks between now and the release of the new Thor. Thor: Love and Thunder is due to hit theaters on July 8 and stars Chris Hemsworth, Natalie Portman, Christian Bale, Chris Pratt, Tessa Thompson, and more. 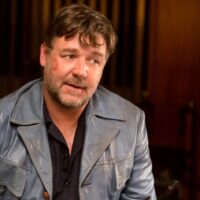