Related:
Exclusive: Liv Tyler In Talks To Return To Marvel In Captain America 4

During Disney’s D23 Expo, Marvel Studios revealed that Captain America 4 will introduce fans to an Israeli superhero named Sabra. As a mutant with close ties to her national government, the character works for Mossad, Israel’s national intelligence agency. But the inclusion of Ruth Bat-Seraph has caused some measure of controversy due to the real-life Israel/Palestine conflict that has endured since the mid-20th century.

When asked about Sabra’s appearance in Captain America 4 by The New York Times, Marvel declined to answer. But the studio did address the situation in a statement saying, “While our characters and stories are inspired by the comics they are always freshly imagined for the screen and today’s audience. And the filmmakers are taking a new approach with the character Sabra who was first introduced in the comics over 40 years ago.”

The controversy surrounding Sabra’s inclusion in Captain America 4 is firmly rooted in the ongoing Israeli-Palestinian conflict. Over the years, several human rights organizations like Amnesty International have criticized Israel’s policies toward Palestine, stating that Palestinians are treated as inferior and suppressed in a system similar to apartheid. There are concerns that, by introducing the character, Marvel would potentially appear to support Israel.

The New York Times also noted that “Sabra” has two very different connotations for Jewish people in Israeli and Palestinians. “Sabra” is the name of a cactus bush and its fruit which marked the location of Palestinian villages destroyed by Zionist and Israeli forces in 1948. “Sabra” was also the name of one of two Palestinian camps in Lebanon where the Israeli military allowed Lebanese Christian militia to massacre people in mid-September 1982. These issues could prove problematic for Captain America 4.

But Marvel Studios may steer clear of international politics, even though The Falcon and the Winter Soldier didn’t shy away from topics that made some folks uncomfortable. And although Sabra has had connections to Israeli-Palestinian tensions in the past, it doesn’t mean that Captain America 4 will explore the conflict. The MCU has always made a point of being slightly different from the comics, whether that meant loosely adapting existing stories or completing overhauling characters.

Perhaps Sabra will simply serve as a representative of the region in Captain America 4’s larger global story. The character will be brought to life on screen by Shira Hass who was nominated for an Emmy Award for her work on Unorthodox. Her casting was announced along with the return of The Leader, which sees Tim Blake Nelson reprising the role from The Incredible Hulk.

Captain America 4 will be directed by Julius Onah from a script by Malcolm Spellman and Dalan Musson. The film will continue the story of Sam Wilson who embraced the role bestowed upon him by Steve Rogers in the closing moments of Avengers: Endgame. It will also expand on the events of The Falcon and the Winter Soldier. However, exact details concerning the plot and its characters remain scarce. Captain America: New World Order is set for release on May 3, 2024. 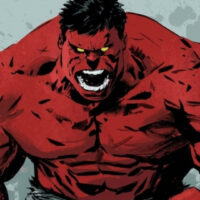 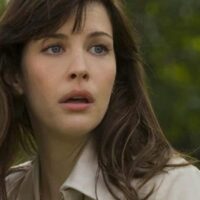