The single best movie starring Brendan Fraser may be about to be rebooted, if leakers are correct. According to multiple sources, Universal Pictures is preparing to relaunch The Mummy franchise in some fashion. There have been many versions of the basic premise for the story, dating all the way back to the 1930s. However, the 1999 version starring Brendan Fraser may be the most beloved. Per The Midgard Times, it seems that we might be getting some kind of prequel. According to the outlet, a story is being developed focusing on the villain of the series, the titular mummy. Of course, there has already been one attempt to bring The Mummy back to life in an entirely new series with Tom Cruise, which did not go well, so we’ll just have to see where this one goes.

At this point, it’s anyone’s guess what could really happen. According to the Leaks and Rumors subreddit, a new Mummy film may center around the villain of the franchise Imhotep’s backstory. Given that the character’s origins trace back thousands of years ago, it may be the case that we don’t see Brendan Fraser again. But there’s plenty of ways around that: framing devices, flashbacks, Rick O’Donnell time-travelling. Stranger things have happened in this franchise. But if Universal wants to get back with Brendan Fraser, he’s once more a hot property. The power of nostalgia isn’t something to underestimate. And if that means we get Brendan Fraser fighting ancient Egyptian monsters, Scorpion Kings and/or Dragon Emperors, we’re here for it.

For now, this information should be taken with a grain of salt. Multiple outlets are reporting that a Mummy reboot is on the way, and they’re also saying it would be as a prequel. This makes the news worth reporting, but should be taken as a rumor for now. Hopefully one that Brendan Fraser will get involved in, but we’ll have to wait and see.

Back in 1999, Brendan Fraser was an up-and-coming young actor. He had performed well in a series of goofy comedies like Encino Man, Airheads and George of the Jungle. He had also stretched into dramatic territory with School Ties and the period piece Gods and Monsters, which co-starred once and future Magneto Ian McKellan. Fraser really exploded into blockbuster territory when he was cast as Rick O’Donnell in The Mummy. In both the 1999 film and its sequel The Mummy Returns, Fraser’s blend of Indiana Jones-like physicality and humor anchored the franchise. As the franchise extended outwards to sidequels like The Scorpion King, it dropped off both in quality and box office gross. In 2017, The Mummy was rebooted as a vehicle for Tom Cruise. It…did not go well.

After Universal Pictures’ attempt to create an MCU-imitative “Dark Universe” collapsed, the Mummy franchise went dormant. And while it is fascinating to think of what it would have been like to have a cinematic shared universe with Russell Crowe as Dr. Jekyll and Javier Bardem as either Frankenstein or his monster, maybe it’s for the best. In recent years, Brendan Fraser has re-emerged as a star. After a number of years of a downward career slide, Fraser spoke up. He described the depression he had experienced as a film star, as well as an alleged sexual assault he had suffered. Since then, he has become beloved by the internet. Roles in DC’s Doom Patrol and the upcoming Batgirl movie have brought him back to the public eye in a major way. So is this the right time for Rick O’Donnell to burst back on screens? 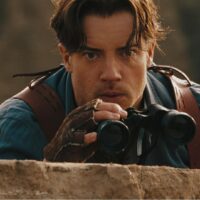 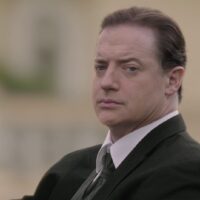