Brad Pitt is set to take on the role of a Formula One racer in his next film, which sees him team up with the director of Top Gun: Maverick, Joseph Kosinski.

Brad Pitt continues to garner massive roles, as he has now is set to team up with Top Gun: Maverick director, Joseph Kosinski. The new film is a story about a retired Formula One racer who comes out of retirement to mentor an up-and-coming racer, and he is set to chase glory on the track one final time. This film had apparently been getting shopped and was recently picked up by none other than AppleTV. Apple has been getting its hands on some high-level talent and films as of late. They were the first streaming platform to land a Best Picture Academy Award for the film, CODA.

This will be the second big feature that Apple has purchased for their streaming platform that will star Brad Pitt. The production company recently purchased the rights to an untitled film from director, Jon Watts. Watts recently directed the mega-successful Spider-Man: No Way Home. He has also directed the previous two films which starred Tom Holland as the Web-Slinger. The Watts-led picture sees Pitt and George Clooney team up for a film where they play “fixers” tasked with completing the same job. Now, Pitt is to star in this new racing film, proving that the man is still an unstoppable force in Hollywood.

Apple should be overjoyed that Brad Pitt is coming along for two films. He won a Best Supporting Academy Award in 2020 for his performance in the Quentin Tarantino film, Once Upon a Time in Hollywood. He also won an Academy Award for producing 12 Years a Slave in 2014. Pitt is one of the most celebrated actors of our generation, and the man has been on top of his game for decades. Honestly, it is quite exciting that he is teaming up with John Kosinski. Top Gun: Maverick is fantastic, and his directing style has led to that film pulling in massive numbers at the box office. Although Ford v Ferrari covered a sort of similar plot, this new Formula One venture should be just as exciting.

Brad Pitt is set to star in a film called Babylon, alongside Margot Robbie. The plot of the film is still being kept under wraps, but it is said to be revolved around an older time in Hollywood. The film is currently in the post-production stages. Next, the actor will take on the previously mentioned film with Jon Watts and George Clooney. Now, he has been cast as the lead for this Formula One film. The man is staying plenty busy, and it sounds like he could be reaching for yet another Academy Award.

There are no further details about this new Formula One film, apart from Brad Pitt being cast as the lead and the small synopsis provided. In the coming weeks, we might find out who this new young racer will be, and they will certainly need to complement Mr. Pitt. Miles Teller perfectly complemented Tom Cruise in Top Gun: Maverick, so Joseph Kosinski is certainly up to the task of creating another successful mentor/mentee relationship. We can’t wait to see how this new movie unfolds. 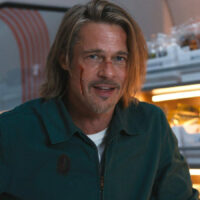 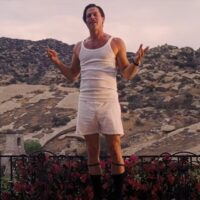