The Best Strategy Board Games For All Types Of Players

WAt the top of your list for gift ideas should be board games. And if you’re looking to get serious about board games, strategy board games are the best dice rolling, piece moving fit for your entertainment needs.

Before you spend your money to buy a new strategy board game, you’ll need to make sure you’re buying the right one to deliver fun. So we’ve combed the board game universe for every strategy game in existence, and come up with an unbiased list of the best strategy board games everyone agrees you should consider unboxing on your kitchen table.

Quick To Play Strategy Board Game: TICKET TO RIDE

Gameplay is easy as players collect cards of various types of train cars. They use these cards to claim railway routes and the longer they can make these routes, the more points they will earn. Players earn additional points by fulfilling Destination Tickets (cards that connect distant cities) and also by building the longest continuous route. The popularity of Ticket to Ride has spawned a series of Ticket to Ride games that continue the train-theme in various destinations across the globe.

Catan is a strategic board game where the players attempt to become the controlling strength on the island of Catan. They do this by building cities, roads and settlements. On every roll of the dice, the players collect cards that represent the island’s resources. As players build their civilizations, they collect points. Once a player collects 10 points, they win the game. Points can be gained by various measures; building settlements and cities, building the longest road. Having the largest army will gain points and there are certain development cards that award points. The success of Catan has allowed the creation of a series that includes pirates, knights and barbarians.

Monopoly is one of the oldest and best strategy board games in America. It’s also by far one of the most popular. Monopoly came into existence in the early 1900s and its various early editions turned into the game we see today. Building homes and hotels as strategy while players travel the board is the basis of Monopoly.

Gameplay has always been easy and the more players on the board the more fun the game can be. The popularity of the game has spawned many themed versions of the game, from sports team themes, movie themes, TV series themes and even versions for kids.

Another popular strategy board game with a long history is Clue. It’s the classic murder-mystery game that is celebrating its 70th anniversary. The game, its rules and set-up are familiar and easy. The game board is divided into rooms, secret-passages, and corridors. The murder is committed in one of the rooms and the players become one of the games six characters. The game also introduces weapons, one of which is the murder weapon. The goal of the game is to figure out who the murderer is, which room the murder took place and which weapon was used. Like Monopoly, the popularity of Clue has led to many different types of themed line-ups from movies, TV, cartoons, and children’s versions.

Strategy Board Game With Teamwork: PANDEMIC

In Pandemic players find themselves as disease-fighting specialists in this strategic board game whose goal is to treat the disease hotspots across the globe as they research for cures before the four plagues get out of control. Players must work as a team, bringing their talents together to combat each plague. Time is not on the players’ side, so speed is key. If they move too slow, they all lose, if they cure the plagues, they all win. As with many popular games, Pandemic has different strategy board game versions and expansions.

One more classic game on the list. Battleship is a simple game, but strategy is at the fore. Players place their chips on the gameboard, which their opponent is unable to see. They do the same. The goal next is to hunt down battleships, calling out locations to narrow down where opponents are hiding their ships.

Gameplay is easy, the game can move fast, and replayability is high. Battleship has been around since the 1930s and it wasn’t until 1967 when Milton Bradley introduced the plastic board/pegs version. There are a few different versions of the game including an electronic version. The popularity of the game also saw a major motion picture made based on the game.

This strategy board game takes place in an Ancient World that has 7 great cities. The player is the leader of one of these cities. 7 Wonders employs cards to build cities. Gameplay is simplistic in nature but the strategy around it is not so easy. The game is broken into 3 “ages”. An age consists of players receiving 7 cards from a particular deck. The player takes one card then passes the deck to the next player. Cards are revealed together and played. This continues until players have six cards in play. This ends one age. Winners build the best city.

One of the most popular war games created is celebrating its 60th anniversary. The goal of Risk is simple, the strategy is not. But conquer the world you must if you are to win at Risk. Players are given a specific number of soldiers to start the game and by pull of the card, they disperse their soldiers around the world based on the drawn card. From there, it is a constant battle to grow armies, defeat enemies and eventually conquer the world. It’s the ultimate last man or woman standing.

Gameplay can take hours, but it can be hours of pure domination. The game’s popularity also has given its fans various different versions.

Disney has jumped into the best strategy board games mix with Villainous, a game where the player becomes one of six Disney Villains. And in a twist, players must battle the forces of good to become the best villain. Players control their own villain and fate deck of cards and they also have their own player board. Players are given a villain guide that allows the player to scheme, set traps and wield curses just like the villains would.

Replayability is high in this game as after a player has conquered on Villain, there are five more to master. Villainous has strategy board game expansion packs that add to the fun of becoming Disney’s best villain.

Haunted Strategy Board Game: BETRAYAL AT HOUSE ON THE HILL

Betrayal at House on the Hill is a haunted house board game, but it’s a haunted house that players build. It’s a tile game, so every game is built different. The game is set for three to six players who play one of six characters. As the game begins, one of the characters secretly betrays the others. The remaining players must now defeat the traitor before it’s too late. It’s a spooky fun game that is full of suspense. Betrayal does have an expansion as well as Betrayal strategy board games based on the original.

Another game worth mentioning is called GLOOMHAVEN. It’s highly rated but because of its hefty price tag, it doesn’t rank high on any sales list. The game itself owes its existence on video games such as The Witcher or Dragon Age.

Players take on the role of a wandering adventurer, traveling near and far working with other adventurers taking on dragons, discovering new locations, plunder these locations, all the while making decisions on how to move forward in the game. It’s a cooperative game that is never the same.

Animated Movies Coming Soon: SpongeBob May Come Out As Gay 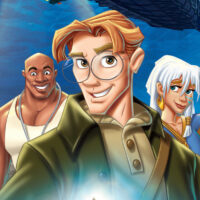 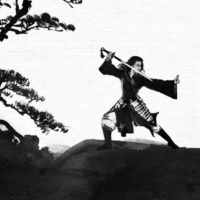