Now that Chris Evans (Defending Jacob) and Robert Downey Jr. (Dolittle) are no longer Stever Rogers/Captain America and Tony Stark/Iron Man, a hole is left for the Avengers. Who will lead the team now when a threat comes up that requires the team to come together once again to save Earth or the universe? Well, Variety has asked Benedict Cumberbatch (Avengers: Infinity War, Endgame) during an interview where he was promoting his upcoming film, The Power of the Dog.

In response, Benedict Cumberbatch had to “think about that one.” He gave a sly smile that will surely amp up fans to start speculating on his future as Doctor Strange.

We won’t get a proper answer until the time comes for The Avengers 5, but that is far out, as Kevin Feige has confirmed. That said, rumors have already started popping up on the Internet. One popular report points to one of the most powerful members, Captain Marvel, played by Brie Larson (Avengers: Endgame) will surely have a higher position now that the playing field has cleared for newcomers to shine brighter. Even then, a smart and powerful hero like Doctor Strange could be a wise and interesting choice. Benedict Cumberbatch or Larson could bring a lot to the table on that one.

Benedict Cumberbatch will have his second outing as the Master of the Mystic Arts in a solo film with Doctor Strange in the Multiverse of Madness. This could open the door wider for where he will go as an Avenger as he collaborates with Elizabeth Olsen’s (WandaVision) Wanda Maximoff. He will also step up the plate as he has to help Tom Holland (Cherry) take care of some catastrophic issues in Spider-Man: No Way Home this December.

The competition will be tough to see who has what it takes to lead these strong personalities against whatever threat that lies ahead of them, like Kang the Conqueror, who is currently in the running for the next Thanos-level threat. While we have veterans like Mark Ruffalo’s (I Know This Must Is True) Bruce Banner/Hulk and Chris Hemsworth’s (Men in Black: International) Thor, people experienced but not as much as them with Benedict Cumberbatch’s Sorcerer Supreme, and then new faces coming into the Marvel Cinematic Universe like the ensemble cast in Eternals or Simu Liu’s (Kim’s Convenience) Shang-Chi, who just made his debut in Shang-Chi and the Legend of the Ten Rings.

We don’t know too much about the sequel to 2016’s Doctor Strange, but we do know what to expect from Benedict Cumberbatch in No Way Home. As Peter Parker has been framed for killing Jake Gyllenhaal’s (Spider-Man: Far From Home) Mysterio, his identity is outed, and he is facing murder charges. To erase everyone’s memory, he convinces the Master of the Mystic Arts to change reality, so nobody remembers him as Spider-Man. Things go terribly wrong as all sorts of characters from over universes come hunting him down, and probably other issues that we do not even know about just yet as it will surely hold plenty of surprises. 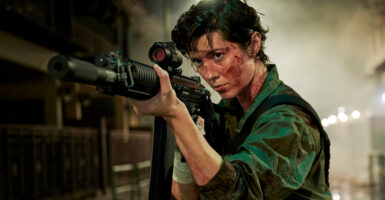