Andrew Garfield confirmed what many fans had speculated about for years — he was indeed in talks to star as Peter Parker in a live-action Sinister Six movie.

For those unfamiliar or who have simply not been able to keep up with the multiple Spider-Man continuities, Andrew Garfield played the web-slinger in the 2012 film The Amazing Spider-Man as well as the 2014 sequel The Amazing Spider-Man 2. At the time, Sony was the sole owner of the character after Marvel sold it off to the studio long before Iron Man entered the scene and kicked off the Marvel Cinematic Universe as we know it today. Fast-forward to 2016 and the two studios cut a deal that allowed for the existence of Tom Holland’s Peter Parker in Captain America: Civil War, and suddenly a screeching halt was put on all expansion plans for Andrew Garfield’s continuity. This included a Sinister Six film.

Speaking to Collider, Garfield was asked about his discussions to be in the Sinister Six movie, noting that conversations were had and that he was interested. However, they ultimately went nowhere. In fact, Andrew Garfield noted that he had a few meetings with Drew Goddard, the man behind some of the best storylines in shows like Buffy the Vampire Slayer, Angel and Lost as well as films like The Martian, World War Z and Bad Times at the El Royale. Goddard was tapped to pen a script for the movie. He told The Hollywood Reporter in 2018 that, although the project is dead in the water, there’s still some hope it could be revived someday.

The Sinister Six is the name of a group of Spider-Man villains that eventually got together and made the brilliant realization that since their individual plans to defeat the wall-crawler failed spectacularly. So, they team up and take him on together. Typically the team is made up of Doctor Octopus, Electro, Kraven the Hunter, Mysterio, Sandman and Vulture, but other villains have been involved at different times and in different continuities. However, only Electro was introduced in Andrew Garfield’s franchise, meaning there was a lot of ground to cover if the rest were to be used (even if they sub in The Lizard).

Thanks to the latest trailer for Spider-Man: No Way Home, Goddard’s hopeful words seem like more of a reality than ever before. The trailer confirmed that Alfred Molina will reprise his role as Doctor Octopus from Tobey Maguire’s Spider-Man films as Tom Holland’s Peter Parker tumbles through the multiverse. Clearly, Sony and Marvel are doing some shuffling with the Spider-Man properties as rumors swirl that both Andrew Garfield and Tobey Maguire will reprise their respective Spider-Men in the film.

However, Andrew Garfield put a dash of cold water on those hopes in a recent interview with Newsweek in which he reported that those hoping to see him fight alongside the new Spider-Man in No Way Home will be “disappointed.”

Unfortunately, Marvel forces its stars to remain tight-lipped. As a result, it’s equally possible that Andrew Garfield is lying as it is that he’s telling the truth. Fans will just have to wait until No Way Home drops in theaters on Dec. 17. 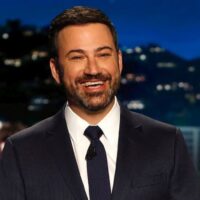