By Charlene Badasie | 38 seconds ago

Less than a day after Sony dropped the trailer for Spider-Man: No Way Home, theories about the existence of the Sinister Six in the Marvel Cinematic Universe have dominated almost every discussion about the movie. According to fans, the roster of villains we can expect to see include Doctor Octopus, Green Goblin, Electro, Sandman, Lizard, and Vulture.

But eagle-eyed fans swear that if you slow down the Spider-Man: No Way Home trailer you can spot a few more members of the Sinister Six. Adding to the hype is a very cool image from digital artist Boss Logic which shows Spidey in a bit of trouble. The image features the evil Doctor’s tentacles crushing Peter’s head and restraining his arms.

Looming in the background are the remaining members of the Sinister Six, including Morbius, Electro, Mysterio, Green Goblin, and Vulture, all of whom have appeared in live-action Spider-Man movies. The only exception is Morbius, who will be played by Jared Leto in an upcoming movie from Sony. The final hidden treasure in the image appears in Peter’s hand. He’s holding a business card for the Nelson and Murdock law firm, which is an awesome nod to Marvel’s Daredevil.

While nothing has been officially confirmed, it does seem like Sony is giving the supervillain league a shot on screen as footage from the trailer sets up the return of some iconic villains from previous movies. The most obvious is the return of Alfred Molina as Doctor Octopus, who makes a larger-than-life appearance with a very ominous “Hello, Peter.”

Willem Dafoe’s Green Goblin is also returning. His villainous laugh can be heard in a shot that focuses on one of his dangerous pumpkin bombs rolling into the street. The villain’s weapon of choice was prominently featured in Sam Raimi’s trilogy.

There’s also a shot of a very distinct lightning bolt blowing up police cars, confirming the return of Jamie Foxx’s Electro from 2014’s The Amazing Spider-Man 2, which starred Andrew Garfield as the titular web-slinger. And in a blink-and-miss-it moment, another shot appeared to show a creature that looks like Flint Marko/Sandman, who was portrayed by Thomas Hayden Church in Raimi’s Spider-Man 3.

In the comics, the Sinister Six are drawn from Spider-Man’s list of enemies. The original incarnation of the group was organized by Doctor Octopus and consisted of himself, Vulture, Electro, Mysterio, Sandman, and Kraven the Hunter. While the team has had different members in its various iterations over the years, Doctor Octopus generally remained the leader across all versions.

In addition to the array of super villains, theories also suggest that Doctor Strange is the conduit to bringing Andrew Garfield and Toby Maguire’s versions of Spider-Man into Tom Holland’s universe by way of the multiverse. Previous reports state that these characters will appear during the final scene to help defeat all the Spider-Men’s combined foes. 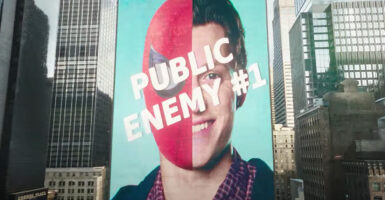 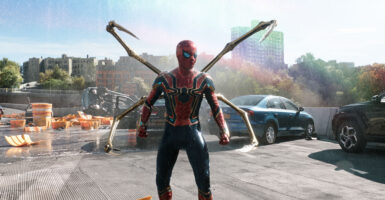 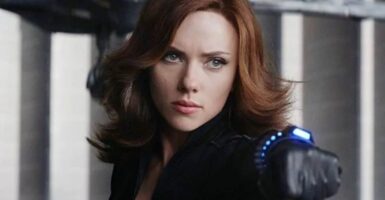