Is Amazon’s upcoming Lord of the Rings series planning to have the largest cast of all time? Possibly. With main cast announcements back in January, they’ve just added 20 more actors. And they’re not done yet.

Just how many names are they going to be adding to the upcoming Lord of the Rings series? They’re not telling us much of anything about the show, so we’ll have to wait to find out. Previously, there have been rumors that Evangeline Lilly, who played Tauriel in The Hobbit films, may return. But what will be the main focus of the plot? What are these 20 new actors doing? Again, Amazon isn’t telling us.

If you have failed to recognize any of the 20 names coming to the Lord of the Rings series, that’s okay. This international bunch is largely new found talent. Some have no public credits to their name, while many have small parts on episodes of shows like Doctor Who and You, Me & The Apocalypse. As a standout, Peter Tait played an orc in The Return of the King.

The Lord of the Rings series showrunners, J.D. Payne and Patrick McKay, announced the new cast members by saying, “The world that J.R.R. Tolkien created is epic, diverse, and filled with heart. These extraordinarily talented performers, hailing from across the globe, represent the culmination of a multi-year search to find brilliant and unique artists to bring that world to life anew.”

What will the sprawling cast mean for the show? What will the story look like? So far, we know Amazon’s Lord of the Rings series will take place during the second age. It is being filmed in New Zealand, like the original and The Hobbit films. And now we know that the cast is going to be massive.

Amazon has thrown a large budget behind this new Lord of the Rings series. They’ve hired a mostly unknown main cast. Two relatively unknown showrunners had the best pitch for a series taking place during the second age, so their idea must have impressed the company. Amazon has hired J.A. Bayona, the filmmaker behind Jurassic World: Fallen Kingdom to direct the first two Lord of the Rings episodes.

The size of the cast does give us more to consider when it comes to what the plot may do, and more to be concerned about. The Lord of the Rings is a massive world. Dedicated fans love it because they can lose themselves completely in the world. Do you want to learn a new language? Dive deep into fantastical history? This classic fantasy series has all the moving parts for you. But what about the casual watcher? Those who pick up a TV series and watch an episode out of order? Do they need to understand the second age takes place before any other Lord of the Rings content they’ve seen? With such a large cast, will they be able to follow any of what’s happening in the show? And does that matter?  We can’t wait to find out as more about Amazon’s Lord of the Rings series emerges. 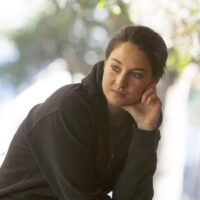 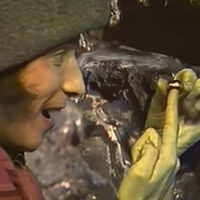