Amazon’s Lord Of The Rings: They May Re-Adapt Parts Of The Movies

There will always be more room to explore in Middle Earth, a thing Tolkien fans can forever be grateful for. The literature for J.R.R. Tolkien’s world is expansive. Even with two hit film series established, there are more stories to tell in Middle Earth. At least Amazon thinks so. A new Lord of the Rings series is currently in production with plans to debut it soon on Amazon Prime Video.

We first heard of their intent to make a Lord of the Rings television series in 2017, and we’re only just starting to learn more about the production for this upcoming series. While things are still under wraps, we’ve learned enough about their plans, and there is enough information in Tolkien’s work, to give us a solid idea for where the series may be headed.

The Plot Of Amazon’s Lord Of The Rings

The good news here is that this is not a remake of the Lord of the Rings movies or The Hobbit movies. They’re largely treading new ground and will explore other stories from Tolkien’s massive world.

That said, there have been recent rumors that they plan to adapt at least part of the events of the Lord of the Rings movies for the show. According to this source “future seasons of the series will eventually catch up to the movies and Amazon are keen to use aspects of the mythology that fans are more familiar with in order to tie things closer together.” What exactly that means is unclear.

The series expected to feature some pretty big time jumps, so we could end up seeing things from the movies or even characters from the movies via flash forwards. It seems unlikely the show will actually have any stories take place in that time period, though. Doing that would be a huge, huge mistake. Maybe if we’re lucky will get a Gandalf cameo or something similar. What’s Ian McKellen up to?

Other than confirming this isn’t a retread, Amazon has yet to reveal much of anything about the plot for the new series. Yet, they have given us maps for the world. Tolkien’s literary universe is vast and has given us a lot of information and stories to draw from. These stories, combined with the maps, give us a direction for where the plot of the series is likely to go.

While early maps released from Amazon originally implied the show may take place during the Third Age of Tolkien’s Middle Earth worlds, an update to the map in March made it clear the show will be taking place in the Second Age. Shortly after this update, the official Twitter account for the show was updated to say, “Welcome to the Second Age,” giving us the first solid confirmation of something of the plot for the Amazon TV show.

What Happens In Tolkien’s Second Age?

In Tolkien lore, the second age is a period of over 3,000 years. It’s during this period that the rings of power seen on the Lord of the Rings movies are first created and Sauron gradually rises to power. Much of this is detailed in the Tolkien books The Silmarillion, Unfinished Tales of Numenor and Middle Earth, and The Lost Road and Other Writings.

During the second age, Sauron was a corporeal force in the world (in the Lord of the Rings films, he was the Great Eye). In Amazon’s Lord of the Rings series, we can expect him to look like an elf. Sauron played a major role in most of the major events we know of from the Second Age, so it’s easy to assume he will be a major character on the show. Some of his exploits during this time include building an army, the sinking story of Númenor, the founding of the kingdoms of Arnor and Gondor, and the forging of the rings.

We’ll have to wait for more information to know what direction they’ll take with the series, but it’s a sure bet there will be an actor playing Sauron.

The People Behind This LOTR Prequel

The first thing to know about Amazon’s Lord of the Rings is that, at this time, there has been no mention of Peter Jackson or anyone involved in the beloved Lord of the Rings films or The Hobbit movies having any involvement in the television series. We’re starting fresh.

The showrunners for Amazon’s Lord of the Rings are J.D. Payne and Patrick McKay. While they aren’t yet well-known names and won’t be directing actual episodes, they have been writing together for over 20 years and won the contract as showrunners against fierce competition.

Amazon’s Lord of the Rings will have multiple directors, but the first to get their hands on the series will be J.A. Bayona. As the first, his work will help set the tone for the directing done in the rest of the show.

Previously, Bayona directed the movies Jurassic World: Fallen Kingdom, A Monster Calls, and The Orphanage. He also directed two episodes of the television series Penny Dreadful. As well as directing the first two episodes of Amazon’s Lord of the Rings, he will be an executive producer on the show.

Will Anyone From The LOTR Films Show Up?

There has been nothing said to make anyone believe any of the cast members from either of Peter Jackson’s film series will be involved in the television show. In fact, most of the principal characters won’t yet be alive. That being said, there would be room for the long-lived characters of Elrond, played by Hugo Weaving in the films, Galadriel, played by Cate Blanchette, and Celeborn, played by Marton Csokas to appear in stories during the Second Age.

Casting Amazon’s Lord Of The Rings

After a lot of back and forth, Amazon’s Lord of the Rings series has found its lead. They’ve hired actor Robert Aramayo to topline the cast in the role of a character named Beldor. He takes on the part previously given to Will Poulter, who quit the series mid-filming (more detail on that further down).

Robert Aramayo is best known for his work on HBO’s Game of Thrones. There he played young Ned Stark in seasons 6 and 7 in critical flashback scenes that revealed Jon Snow’s true parentage. Aramayo is also set to appear in the 2020 action movie The King’s Man.

It seems Amazon’s Lord of the Rings series will have more than one lead. The trades report that British actor Maxim Baldry has officially been added to the cast in a “lead role”. We don’t know what that role will be yet. Baldry though, is best known for his work on UK television where he appeared on the shows Skins and Hollyoaks. More geek-oriented fans may know him from a role on Doctor Who where he showed up in the episode “The Haunting of Villa Diodati” as John Polidori.

Actress Morfydd Clark, most recently seen on HBO’s His Dark Materials, has been cast on the show as Galadriel. Lord of the Rings fans will remember Galadriel was last played by the venerable Cate Blanchett in the Lord of the Rings movies.

Since the Amazon series takes place hundreds, or even thousands, of years before those movies it might seem strange to the uninitiated to have the character show up here. But Elves are basically immortal and the Galadriel we saw in the movies was immensely old. The version of her being played by Morfydd Clark is a young Galadriel.

Clark is an up and coming Welsh actress. Before Lord of the Rings she’s also set to appear in an upcoming Dracula miniseries in 2020.

Ema Horvath is confirmed to be part of the ensemble according to Deadline. We don’t know who she’s playing yet but we do know she’ll be a series regular. That means she’s a key player, not someone in a small part or a brief cameo. Horvath was last seen in the 2019 thriller The Gallows Act.

Most recently cast is Joseph Mawle. He gained notoriety through his role on Game Of Thrones where he played Benjen Stark. In Amazon’s new series, it is believed that Mawle is the show’s main villain. Actress Markella Kavenagh is in talks to play the character Tyra, a name currently unfamiliar to fans of Middle Earth.

Full Cast Of Amazon’s Lord Of The Rings

The rest of the completed cast has also been announced. Here’s the full list of every actor set to appear in Amazon’s Lord of the Rings…

What’s surprising is that there are no big names at all, no known actors, anywhere in the cast. Amazon is going entirely with virtual unknowns for their Lord of the Rings prequel series, and that’s unusual in a world where shows like The Witcher star Henry Cavill. Maybe it shouldn’t be surprising, given that the primary ensemble for the Lord of the Rings movies was mostly unknown at the time those films were released. Still, those movie at least had a few known names in the cast. Ian McKellan was a known (if not super famous) actor at the time, and Cate Blanchett, while not in the primary cast, was a huge star.

Will Poulter was originally cast as the lead in Amazon’s Lord of the Rings. Previously, he was on the television series Black Mirror: Bandersnatch and played a role in the film The Chronicles of Narnia: The Voyage of the Dawn Treader. But now he’s out.

On December 13, 2019 Poulter quit the series when after confirming a second season, Amazon also announced that they’d take a multi-month break to give the writers time to recoup between seasons. That change in timing pushed back filming on season 2, and Poulter already had other acting commitments. Those scheduling conflicts pushed him out of the show.

Apparently Poulter had already filmed two episodes of the Lord of the Rings prequel, and since he was supposed to be the series lead, it’s unclear how this will affect production. Will they have to refilm those two episodes with someone else? Will they simply write him out? At this stage it isn’t clear.

When Will Amazon’s Lord of the Rings Be Released?

Tom Shippey, the Tolkien consultant for the show, has said that 20 episodes are currently planned for the first season. However, Amazon has been tight lipped about production on Lord of the Rings and they’ve been quiet about the show’s release date too. Despite that, rumors naturally circulate. It seems production is beginning in 2020 for the series, meaning we will likely see a release for Lord of the Rings on Amazon Prime Video in 2021.

Amazon has confirmed that whenever season 1 does debut, we’ll only get the first two episodes. After those air, they’re planning for their Lord of the Rings series to go on hiatus before airing the rest of what they have.

The best news here is that Amazon is so confident in the show, they’ve already renewed it for a second season. So whenever the first season finally does arrive, you’ll know there’s lost more coming.

Streaming Services: Data Reveals Which One Offers The Best Value 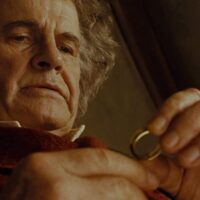 Lord Of The Rings Star Ian Holm Dead At Age 88

Streaming Services: Data Reveals Which One Offers The Best Value

Lord Of The Rings Star Ian Holm Dead At Age 88 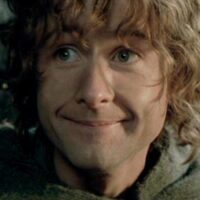 What Happened To Billy Boyd? He’s Reuniting With The Lord Of The Rings Cast