Joe Rogan has been maintaining a steady presence in the headlines for the last little bit. While that isn’t anything new for the Spotify podcast host, this latest string of controversies has been more intense than the norm. It began with Neil Young requesting Spotify remove his music from the platform in protest of alleged misinformation about COVID-19 and vaccinations in The Joe Rogan Experience podcast on Spotify. Then other musicians became involved. Then even folks like Dwayne Johnson somehow became involved. Now, the tables have turned on Howard Stern. How did that happen? Well, recently, a bunch of older recordings of Joe Rogan using a racial slur resurfaced online. This was used as further reason that Joe Rogan should be canceled. In reaction to this, people hopped online and brought up video footage of Howard Stern using the same racial slur. Now, the internet wants him canceled.

The logic behind the trending posts seems to be that if Joe Rogan is canceled for using the N-word, then Howard Stern should be as well. The two celebrities have enough in common that Twitter users are making the connection between them. Howard Stern is a radio and television personality, making his work similar to that of Joe Rogan’s. Today, Joe Rogan is often seen by many as a voice for the Republican side of American politics.

For the record, as far as most outlets can tell, Joe Rogan doesn’t claim to be either a Republican or a Democrat. Meanwhile, Howard Stern’s political beliefs have appeared to shift over time. He’s said that over the years he voted for many Republican politicians, but didn’t believe he would do so again after Donald Trump’s presidency. This has been seen by many as flipping to become a liberal–which is a large part of the conversation happening on Twitter, where people want him canceled. Today, though, the biggest thing the two have in common is footage of them using the racial slur.

You can see some of the tweets about Howard Stern below. Be aware that the videos include sensitive racial content.

The below video of Howard Stern is the most common one being tweeted, and one that he has addressed several times. It aired as part of a New Year’s special in 1993. Howard Stern is wearing makeup with blackface. He is pretending to be Ted Danson, who was dating actress Whoopi Goldberg at the time. Ted Danson wore blackface at a roast for his girlfriend at the time. In 2008, Ted Danson addressed the roast with NPR and said it was a “graceless moment in my life”. Howard Stern’s video is below.

The above video resurfaced in 2020 online. At the time, Howard Stern addressed it, saying, “I’ll be the first to admit. I won’t go back and watch those old shows; it’s like, ‘Who is that guy?’ But that was my shtick, that’s what I did and I own it. I don’t think I got embraced by Nazi groups and hate groups. They seemed to think I was against them too. Everybody had a bone to pick with me.”

There are also a few users defending Howard Stern.

And some people simply saying that if you know Howard Stern, this is to be expected.

So far, Howard Stern has yet to address the resurfaced footage. Since he has in the past, he may not do so again. However, the very vocal Twitter users may make it necessary. 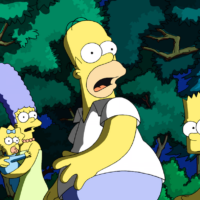 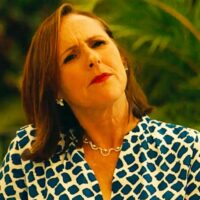