Elon Musk Just Got In A Very Weird Twitter Fight

Elon Musk is still in the process of purchasing Twitter, but that hasn’t left the man without wanting to start some wars with certain publications on the social media app. Musk got into a fight with a satirical gaming website called Hard Drive. Apparently, he had posted an article that was written by one of Hard Drive’s writers named Max Barth, however, he didn’t give Max the proper accreditation. This led to the publication firing back at Musk with the below tweet:

At first glance, this wouldn’t exactly be funny other than to those who might know Elon Musk offered a stewardess a horse in exchange for a sexual favor. He had allegedly exposed himself to the woman, then offered her a horse, as most people do. That led to SpaceX paying the woman a sum of $250,000 to presumably settle this case of sexual harassment. The joke caught the eye of Musk, who then responded to the diss with “Well, if you make something that looks like a meme & someone (not me) crops off your name, so it goes.” Naturally, it is not smart to go at it with a publication that prides itself on ridiculous humor. Hard Drive responded in kind with a new article titled, “Elon Musk admits he wants to travel to Mars because no one hates him there yet.”

This led to more back and forth between Elon Musk attempting to throw barbs at Hard Drive, who kept firing back. Basically, a Twitter war with a humor-driven website is not advisable for many reasons. Has anyone seen the damage that Wendy’s causes on “National Roast Day”? They are ruthless and are but a fast-food restaurant. Granted, they have one of the best social media teams in the world, but the point is Hard Drive pays its writers to be funny. Not a good move by the richest man in the world. He even used the phrase “woke” humor when speaking about Hard Drive. That is what the billionaire is often preaching against, and what he has brought up when discussing permanent bans on Twitter.

This is not the first time that Elon Musk has gone toe to toe with a satirical website. He apparently got into a Twitter fight with The Onion after they joked that Musk got rich from apartheid, being that he is from South Africa. He was also chastised by The New York Times for a piece they did on him stealing memes without giving accreditation, which was answered by Musk with two uncredited memes.

Elon Musk may be the richest man in the world, but he might also be the most sadistic. He seems to either enjoy getting into internet fights with people, or he just doesn’t understand that he is on the wrong end of some good jokes. It also might not phase the man at all. He is the richest man alive, after all. He could just want to get a rise out of people online, which is the usual case for most people in the Twitterverse. While it seems like an odd situation overall, at least these publications are getting free publicity from the man. 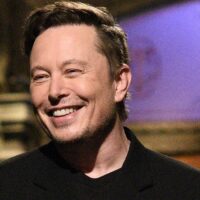 How Many Elon Musk Children Are There?