By Charlene Badasie | 25 seconds ago

Dwayne Johnson has a really gross workout habit. The Red Notice star admits to peeing in water bottles at the gym. While that’s more information than anyone ever needed, the actor explained the reasons behind his unusual bathroom habits in a recent interview. Speaking to Esquire, Dwayne Johnson said he wanted to give context to the Men’s Health headline about his that went viral. “Well, yeah, the headline is true. I do pee in my water bottles, but let me give context to that,” he told the publication. “Cause everyone’s leaning in now to what this means. It’s not a water bottle that I’ve purchased solely for water that you wash and you clean when you’re done using it.”

“These are just bottles that I’m no longer using. And usually, the gyms that I work out in don’t have a bathroom, Dwayne Johnson continued. “There’s no bathroom there, it’s just hot, sweaty, and dirty. I usually stay pretty hydrated. I need to go to the bathroom a lot. Not a lot, but probably a couple of times during every workout I have to go to the bathroom. So, break out the bottle.”

Dwayne Johnson first revealed this habit during an Instagram video in 2017. After noticing a water bottle of urine was visible in the video, he said, “I just realized you all just saw my big bottle of pee. Look, I go hardcore when I train. I don’t have time to go to the bathroom. I find a bottle, I pee in it, and I keep training like a beast.”

The revelation follows on the heels of other gross celebrity news about shower habits. While various big-name stars said they don’t see the need to take a bath every day, Dwayne Johnson assured fans that he takes three showers every single day. “Shower (cold) when I roll outta bed to get my day rollin’. Shower (warm) after my workout before work. Shower (hot) after I get home from work,” he said.

Additionally, Dwayne Johnson told Esquire that he would love to be the next 007. The actor said his grandfather Peter Maivia, appeared briefly as a villain in 1967’s You Only Live Twice, which starred Sean Connery as the super spy. “I would like to follow in his footsteps and be the next Bond,” he said. “I don’t want to be a villain. You gotta be Bond.”

In other Dwayne Johnson news, the former wrestler is currently starring opposite Ryan Reynolds and Gal Gadot in Netflix’s Red Notice, which hit the streaming giant on November 12th. Described as an action-comedy heist thriller, the story follows an Interpol agent who is tasked with capturing the world’s most wanted bad guys. But when a daring heist brings together two rival criminals, there’s no telling what will happen.

In addition to Ryan Reynolds, Gal Gadot, and Dwayne Johnson, Red Notice stars The Umbrella Academy’s Ritu Arya as well as Chris Diamantopolous. The movie is directed and written by Rawson Marshall Thurber. It is being produced by the returning Skyscraper team, including Beau Flynn for his Flynn Picture Co. Dwayne Johnson, Dany Garcia, and Hiram Garcia also produce via Seven Bucks Productions.

Dwayne Johnson is also set to take up the mantle of Black Adam for the DC anti-hero’s big-screen origin story. It will be the eleventh film in the DC Extended Universe and is directed by Jaume Collet-Serra from a script by Adam Sztykiel, Rory Haines, and Sohrab Noshirvani. Starring alongside Johnson as Teth-Adam / Black Adam are Noah Centineo, Aldis Hodge, Sarah Shahi, Quintessa Swindell, and Pierce Brosnan.

The film’s plot details are currently under wraps but according to a 2020 report by The Illuminerdi, Black Adam will tell the origin story of Teth-Adam, while bringing the Justice Society of America into the DC Extended Universe. It will also focus on Adrianna Tomaz who, after being slave-traded to Black Adam, becomes a superhero when an amulet belonging to the Goddess Isis becomes hers. 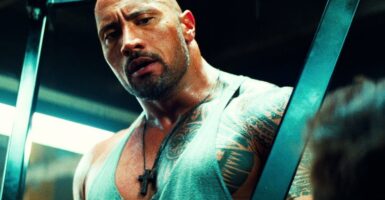 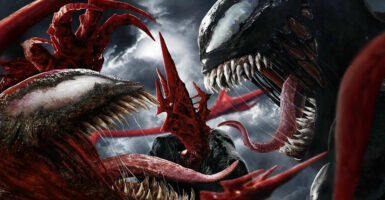