You may know Dave Bautista best as Drax the Destroyer of Guardians of the Galaxy, and you may remember him as Drax drunkenly celebrating a contest in which alien critters chased and ate one another. But that’s make-believe. In real life — as a Florida animal abuser is hopefully going to learn soon — if you hurt an animal, you just might find Bautista on your trail.

Last week, Dave Bautista posted images to his Instagram of the 3 month old puppy Sage who he heard about from the Humane Society of Tampa. Clearly in pain and scared in the images, Sage was abandoned and left for dead. As described by ET Canada, before her abandonment Sage had a chain wrapped around her neck so tightly, it became embedded in the puppy’s skin and needed to be surgically removed. Understandably disgusted by the abuse, Bautista offered a $5,000 reward for information leading to the arrest and conviction of whoever was to blame for the abuse, and the Humane Society of Tampa kicked in another $1500. Joining Bautista to put their money where their mouth is, Alvarez Injury law kicked in $5000 for the reward, and actor Mickey Rourke pledged another $1000.

On Friday, Dave Bautista posted a video updating his followers on the situation. The bad news is that so far, there were no solid leads in finding Sage’s abusers. The good news? Sage is no longer Sage. Instead, Bautista has adopted the 3 month old puppy and renamed her Penny Bautista. The actor pledged the dog will “never be abused a day in her life, not a second in her life. She is about to live her best puppy life.” You can watch the video below.

As for what Dave Bautista’s doing outside of saving puppies? Well, there’s a ton of rumors swirling around about that. With the word that Bautista doesn’t plan to play Drax after the upcoming Guardians of the Galaxy Vol. 3, there are all kinds of rumors including that he’s campaigning to appear in a film adaptation of Gears of War, that he wants to star in a new Die Hard style movie, and — one of the more intriguing reports — that he’s in talks to play the Batman back-breaker, Bane.

Bane is the same powerhouse Tom Hardy plays in The Dark Knight Rises. Physically, Dave Bautista is much closer to the comic book version of the villain. While he flat-out denied rumors that he’d be appearing as Bane in the upcoming The Batman, at the same time he confirmed he’d tried to be cast as the villain in the past. In fact, back in 2018 when Bautista was showing interest in appearing in The Suicide Squad, fans happily cast him as Bane on their wishlists.

A Bane played by Dave Bautista could also be a perfect fit for another as of yet untapped property. Reports have surfaced that WarnerBros. is looking to adapt the Secret Six comic to film with Will Smith possibly to return as Deadshot. Like the Suicide Squad, the Secret Six are comprised of villains, and one of the more popular bad guys to show up in the comic was Bane. 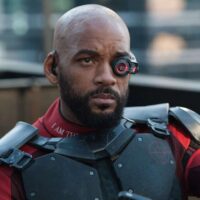 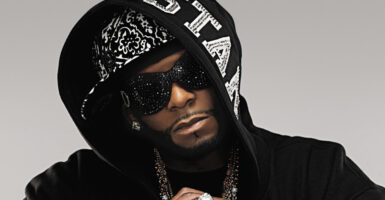 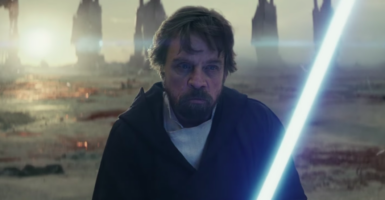