Brent Spiner: What Happened To Him After Star Trek

After growing up in Houston, Texas, Brent Spiner went to the University of Houston, where he performed at local theater in the area. After college, Spiner moved to New York City, where in the early 1970s he performed in plays both on and off-Broadway, in plays such as Sunday in the Park and The Three Musketeers. Prior to moving to Los Angeles in 1984, Spiner appeared in such New York City productions as the Woody Allen film, Stardust Memories, and starred in Rent Control.

Prior to Star Trek, Brent Spiner already had an impressive resume of television work. Spiner had roles on the soap opera One Life to Live, the police procedural Hill Street Blues, The New Twilight Zone, Mama’s Family, and Cheers. Spiner even had a recurring role on Night Court from 1985-1987.

Brent Spiner believed his final in-person performance as Data would be in Star Trek: Nemesis, yet 18 years after that film, Spiner said goodbye to the character last year on Star Trek: Picard. In an interview with TV Guide, Spiner said of his appearance on Star Trek: Picard, “It was just wonderfully written, and I think the intent was to soften the blow of Nemesis and give Data a gentler exit than he had in that film.”

In addition to playing Data, Brent Spiner has also appeared in the Star Trek universe as Dr. Arik Soon, the ancestor of Dr. Noonien Soong, the man who created Data. Spiner would play Soong for three episodes on Star Trek: Enterprise in 2004.

While Brent Spiner’s film roles outside of Star Trek have been sporadic, he’s made some interesting choices for sure. In 1996, Spiner appeared in the John Travolta film Phenomenon, and in probably his most famous non-Star Trek role, he also played Dr. Okun in Independence Day.

Since then, Brent Spiner has appeared in the Jack Lemmon-Walter Matthau comedy Out to Sea, I Am Sam, Master of Disguise, Martin Scorsese’s The Aviator, and Dude, Where’s My Car? In recent years, he appeared in Material Girls, Superhero Movie, and 2016’s The Midnight Man. His last film role was reprising the role of Dr. Okun in 2016’s Independence Day: Resurgence.

But since his debut as Data in 1987, Brent Spiner has been most well-known for his television work, appearing in some of the most famous shows of the last four decades. In the 90s, Spiner appeared in episodes of Mad About You, The Outer Limits, and voiced Puck in Gargoyles for four episodes. In the 2000s, Spiner showed up in episodes of Frasier, Friends, Law & Order: Criminal Intent, and voiced himself in Family Guy.

Over the last decade, Brent Spiner has done some impressive work, both as a voice as an actor on television. Spiner has voiced The Joker on Young Justice, The Riddler on Justice League Action, and Gaill Trayvis on Star Wars Rebels, in addition to doing voices on The Simpsons and Robot Chicken.

But also in this past decade, Brent Spiner has had arcs on the 2012 series Warehouse 13, Ray Donovan, the Cinemax series Outcast, and on Patrick Stewart’s former Starz series, Blunt Talk. Most recently, in addition to his appearance on Star Trek: Picard, Spiner has appeared on The Blacklist, The Goldbergs, and had a recurring role on Penny Dreadful: City of Angels.

Brent Spiner got his start on the stage, and he’s continued his love of the theater over the decades. From 1985-1987, Spiner played The Duke in the musical take on The Adventures of Huckleberry Finn. From 1997-1998, he would play John Adams in 1776, which earned Spiner a Drama Desk Award nomination for Outstanding Actor in a Musical. His most recent stage performance came in 2003, where Spiner played Hubert in Life x 3.

Brent Spiner has even put out two albums. Poking fun of his role as Data, in 1991 he released the album “Ol’ Yellow Eyes Is Back.” On the album, Spiner sings pop standards primarily from the 1930s and 1940s. On the track “It’s a Sin (To Tell a Lie”), Spiner received back-up vocals from a band known as The Sunspots. This band was comprised of four other Star Trek: The Next Generation cast members: LeVar Burton (Commander Geordi La Forge), Michael Dorn (Worf), Jonathan Frakes (Commander William Riker), and Patrick Stewart (Captain Jean-Luc Picard).

His last album, Dreamland, was released in 2010 with Maude Maggart. The album was considered an almost concept album, where Spiner chases Maggart from New York City to the Land of Nod. But according to the reviews, the sincerity and Spiner’s clear love for the songs made the project work.

Even though it doesn’t seem like Brent Spiner is in the spotlight as much as he was in Star Trek’s heyday, he’s certainly been consistently working over the last few decades, and in some pretty major projects. Roles in major projects like Star Trek: Picard and Penny Dreadful: City of Angels from last year still show that people are excited whenever Spiner makes an appearance in a film or television show. Brent Spiner might have retired Data last year, but regardless of who he plays, it’s also great to see Spiner on the screen. 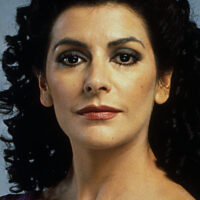 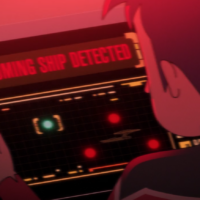 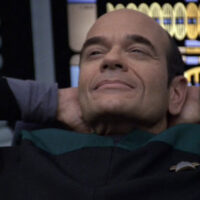 Robert Picardo: Where He’s Been Since Star Trek