It seems very likely that we are about to start hearing a whole lot from Bill Cosby. While that may just be obnoxious for some, it may be getting people associated with him into further trouble. As Phylicia Rashad is trying to step back from the comments she recently made that link her to Cosby and put her career in jeopardy, he has come forward and made statements that link them even further. While this seems like a show of support from him, it doesn’t seem to be the direction Rashad would have taken.

Phylicia Rashad has been actively working to take back her previous comments, where she tweeted in celebration after Bill Cosby was released from prison. As she has been actively apologizing, and Howard University (where she works as the dean) has been issuing public statements saying that they don’t support her comments, Cosby has decided to chime in. He shared a public statement via a spokesperson. This statement was very scattered. In it, he says that the people support Phylicia Rashad. He wants Howard University to do the same. So, he wants Howard University to support Rashad as she supports him. Then, he breaks into a discussion on the Capitol Riots, wherein he blames the media. The statement is clearly scattered.

About Rashad, Bill Cosby said, “Howard University you must support ones Freedom of Speech (Ms. Rashad), which is taught or suppose to be taught everyday at that renowned law school, which resides on your campus.”

Bill Cosby manages to link his accusations that the media are responsible for the Capitol Riots to what is happening with Rashad by saying: “This (sic) mainstream media are the Insurrectionists, who stormed the Capitol. Those same Media Insurrectionists are trying to demolish the Constitution of these United State of America on this Independence Day.” Here, he is suggesting that by not allowing Rashad to say whatever she wants without consequence, that her rights to free speech are being violated. And that the media who are violating Rashad’s rights to free speech are also responsible for the Capitol Riots. To say the link is difficult to follow is an understatement. He also added, “No technicality — it’s a violation of ones rights & we the people stand in support of Ms. Phylicia Rashad.”

It has barely been a moment since Bill Cosby was freed from prison, but a lot has already happened. The former actor and comedian was sentenced to up to ten years in prison but only served a little over two years before his lawyers got him out on a legal technicality. While this was terrible news for some, there are others who’ve always stood by him. Apparently, Bill Cosby’s former co-star from The Cosby Show, Phylicia Rashad, has always wanted him to be free from prison.

Following Bill Cosby’s release from prison, she tweeted in celebration. However, Phylicia Rashad is now the dean of Howard University. Part of her job is enforcing sexual harassment and assault policies for the university. Many were concerned that these tweets showed insensitivity to survivors. Dean Rashad soon deleted her tweet and posted a follow-up tweet as an apology. Howard University issued a statement of their own, saying that the initial tweet was insensitive.

Dean Rashad may have been better off with her tweet deleted, her apology tweet posted, and the university’s public statement being the end of it. After she so clearly wanted to put it behind her, it’s unfortunate that Bill Cosby decided he needed to stand up and link her to him and also to the Capitol Riots, somehow. However, these aren’t the only things on his mind. Bill Cosby is on social media. It seems like this may be his new pastime, post-prison. It will not be surprising if his name is in the headlines a lot in the coming years. 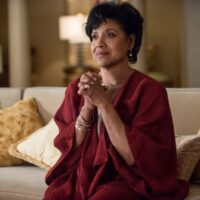