Remember double-clicking that little lowercase blue “e” on your desktop and feeling like the whole world was at your fingertips? The entirety of the internet was about to open before you like a new frontier. Maybe you’d head over to MySpace or read your favorite writer on Blogger? The world was full of infinite possibilities when you fired up Internet Explorer. Sadly, those days are behind us and other web browsers have taken up the call. It’s been a while (please tell me you aren’t still using it) since Internet Explorer was relevant and now, Microsoft is announcing they are shuttering it for good. As of next year, Internet Explorer will be no more.

On their Windows blog, the team from Microsoft brought everyone up to speed (not I.E. speed, something fast) on the fate of Internet Explorer and what would happen with it in the future. They admit that from their development perspective, Microsoft Edge would now be the key focus for the operating system. It was a push for both speed and security with Edge clearly getting full attention from the company. In this way, Internet Explorer simply wasn’t able to handle all the components of a growing web landscape, specifically being able to work with legacy websites.

Microsoft and Windows announced that on June 15, 2022, Internet Explorer would be retired and they’d no longer offer support for the application. This would be for most Windows 10 versions. It’s unclear if users will still be able to use it and it will be slowly deprecated or if it is simply out of commission. Either way, if you are still hunting and pecking through that little “e” you are going to want to make the switch over to Microsoft Edge or another compatible browser sooner than later. Internet Explorer will soon be no more.

Internet Explorer has been around since the early days of the popularized internet, getting rolled out in 1995 as part of the Windows 95 package. Over the decades it’s gone through 11 different versions, but in the last 10 years or so was slowly being caught and then completely lapped by a number of different options out there. The browser was increasingly slow and had a number of different security vulnerabilities. The news that Microsoft was shuttering it wasn’t in any way a surprise considering they’d mostly been ignoring it over the last years, not providing updates and basically letting it die a slow death.

Once the king of the internet mountain, Internet Explorer has fallen off in recent years. Among browser usage, it was ranked seventh (a distant seventh) behind runaway leader Google Chrome and then Safari, Microsoft Edge, Firefox, Samsung Internet, and then Opera. According to recent reports, Internet Explorer was being used on less than 5% of browsers. Again, it was already dying a slow death so this news isn’t in any way surprising.

A 26-year run for anything related to the internet is a remarkable timeline. Internet Explorer first helped us usher in the age of unlimited web surfing, making the practice easy and inviting. That it came standard on Windows systems put it in the homes of nearly everyone with a computer at the time and when the history of the internet is written it will most definitely have a chapter. But its time has come and as of next year, Internet Explorer will be no more. 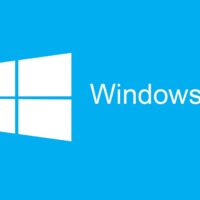